Cable & Wireless Communications (CWC) and Columbus Communications, operator of the Flow brand, have ended talks over their proposed merger without reaching an amicable agreement with the Caribbean telecom regulator.
The Eastern Caribbean Telecommunications Authority (Ectel) has been working with CWC to reach an agreement since the acquisition was announced in November 2014.
Ectel said the agreement sought to address certain issues following the merger, such as the minimum speed and price for entry-level broadband packages and sharing of telecommunications infrastructure for new market entrants, according to a report by the Jamaica Observer.
Existing legislation in the Caribbean prevents Ectel from imposing obligations on companies partaking in mergers and acquisitions in the telecom sector.
“As we seek to maintain a competitive environment in all Ectel member states, the public is hereby requested to report to the NTRC in their respective jurisdictions any actions in the telecommunications market that infringe their rights as consumers or degrade their existing service,” Ectel said in a statement.
In the absence of an agreement, Ectel will continue to promote open entry, market liberalization and competition in the telecoms sectors of member states.
Ectel had previously voiced concerns that the merger would affect competition in the region.
***
UPCOMING BNAMERICAS EVENTS
5TH Mexico Infrastructure Summit
Click here to see the agenda and speakers
4TH Mexico Oil&Gas Summit
Click here to see the agenda and speakers

Puerto Rico experienced a slight drop in mobile telephone lines in January, according to data published by the country’s telecommunications regulatory board.
The data shows that mobile lines dropped to 3.16mn from 3.20mn in December, while fixed lines, the total of which has included voice over IP since December 2014, remained stable at the 813,000 mark.
There was also a national reduction of 34,000 mobile pre-paid subscribers and 5,000 post-paid between December and January.
Even so, total wired and wireless lines per 100 inhabitants remained virtually the same, at 23.6 and 91.9 respectively.

State-owned Cuban telco Empresa de Telecomunicaciones de Cuba (ETECSA) and US company Verizon’s wholesale unit Verizon Partner Solutions have agreed to enable direct interconnection for international voice traffic between the US and Cuba.
The service will go into operation once both operators have completed technical tests and when the implementation period has run its course.
The agreement follows the US decision in December 2014 to normalize relations with Cuba, promoting increased access to communications for Cuban citizens.
The US Federal Communications Commission (FCC) took Cuba off its restricted list in January, opening the way for US investment in Cuba’s telecom market.
US mobile carrier Sprint entered into a service contract with Etesca in November 2015 and it now provides roaming services on the island along with Verizon.
The two countries also discussed a number of proposals on the possible construction of an undersea fiber optic cable earlier this year.
***
UPCOMING BNAMERICAS EVENTS
5TH Mexico Infrastructure Summit
Click here to see the agenda and speakers
4TH Mexico Oil&Gas Summit
Click here to see the agenda and speakers

Cable & Wireless Communications (CWC) has made 1Gbps internet speeds available to all customers of its Flow brand in Barbados.
The company made the decision in order to meet continued growth in demand for increased bandwidth and speeds, according to a report by local paper The Broad Street Journal.
“Reliable access to high-speed broadband is critical to connecting Barbados to the digital world,” said Flow Barbados’ managing director Niall Sheehy during the announcement.
Sheehy added that this investment in CWC’s fiber-to-the-home (FTTH) network has already attracted over 300 customers in Barbados.
Flow introduced 1Gbps speeds as a premium option in 2014, but it had limited availability and was only accessible via special request until now.
Earlier this month, Flow’s main competitor Digicel announced an investment in its own fiber-to-the-home (FTTH) infrastructure, as well as the launch of its pay-TV and fixed broadband services.
***
UPCOMING BNAMERICAS EVENTS
5TH Mexico Infrastructure Summit
Click here to see the agenda and speakers
4TH Mexico Oil&Gas Summit
Click here to see the agenda and speakers

The Broadband Commission for Sustainable Development has agreed on a new set of connectivity targets to help governments meet the 17 sustainable development goals set by the United Nations.
During debates in Dubai, the attendees focused on the need to measure the use of broadband-enabled public services, according to a press release from the International Telecommunication Union (ITU).
Commissioners also highlighted the importance of developing digital scorecards to measure how countries are meeting broadband targets. The commission will now formulate measurable broadband connectivity goals, which will be submitted during the next meeting in New York in September.
Established by UNESCO and ITU in 2010 to promote connectivity, the 62-member commission is made up by experts from governments, UN agencies, civil society and the private sector.
“There remain 1.3bn people without electricity today, and over 4bn people without access to the internet. Access and connectivity are absolutely crucial for societies across the world,” said UNESCO director general Irina Bokova.
The commission’s state of broadband report released last September showed that 57% of the world’s people were still offline and unable to take advantage of the internet.
In Mexico, for example, more than 60% of households have no internet access, according to a study by the country’s national statistics institute (INEGI).
“Agreement on new targets in September would serve as the next stepping stone to the commission’s vision of broadband for all,” said ITU Secretary-General Houlin Zhao.
“Broadband represents a powerful way to accelerate progress towards the attainment of the 17 SDGs, and new broadband networks and services will play a key role in the delivery of education, healthcare and basic social services, particularly for chronically disadvantaged communities.” 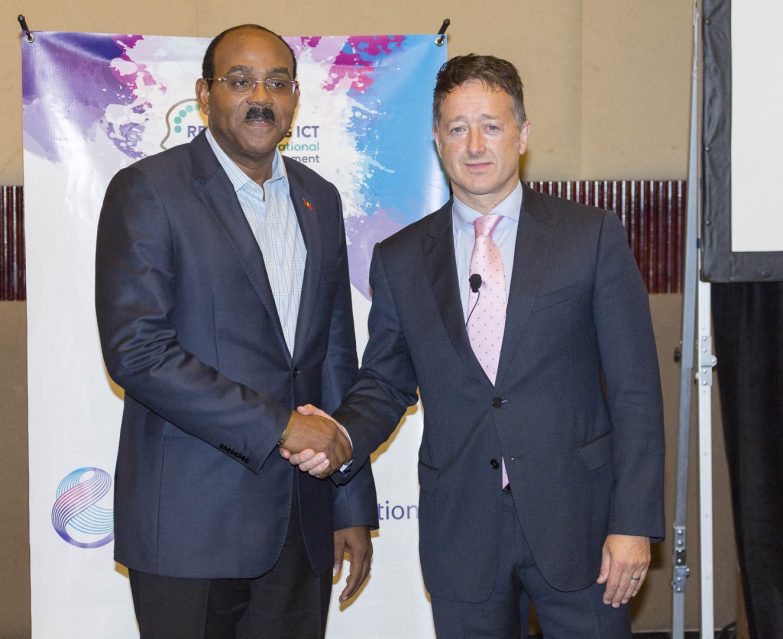 ETECSA’s Actions Towards The COVID-19 Battle