Cable & Wireless Communications’ (CWC) Caribbean business LIME has completed the roll-out of its 4G LTE network in the Cayman Islands.
Ericsson (Nasdaq: ERIC) installed the network which covers 100% of the islands, the companies said in a joint press release.
Since the upgrade, LIME has seen a 68-fold boost in data traffic, with download speeds now five times faster.
In February, CWC also launched 4G LTE in the Bahamas with technology deployed by Huawei.
Last month CWC announced it plans to launch 4G LTE in Antigua and Barbuda after being awarded a spectrum license in the country.
LIME launches 4G HSPA+ in Antigua & Barbuda – Caribbean

Caribbean telco LIME has launched a 4G HSPA+ network in Antigua & Barbuda with an investment of 35mn Eastern Caribbean dollars (US$13mn), the Antigua Observer reported.
LIME Antigua & Barbuda’s general manager Davidson Charles said the company would be launching 4G LTE in October. LIME is a unit of Cable & Wireless Communications (CWC).
While LIME’s 4G HSPA offering comes a year and a half after competitor Digicel launched the same service in the country, LIME argues that its service has greater coverage, being available everywhere on the two islands.
“You would see that with our competitor, you go some places and you see EDGE, you don’t see 4G,” Charles was reported as saying.
LIME is offering existing customers and new users two months of double data capacity if they sign up for a new 4G data plan. The company will also offer the iPhone 5S and iPad Air at 50% of the recommended retail price.
LIME will continue to offer its existing services based on 2G/2.5G GSM/GPRS/EDGE technology.
Earlier this month, LIME completed the roll-out of its 4G LTE network in the Cayman Islands and in February the company launched 4G LTE in the Bahamas.
Mobile email rollout overwhelms Cuba’s dated infrastructure – Cuba

The March arrival of mobile email service to Cuba proved too much for the country’s cell towers to handle, at least initially, according to an Associated Press report.
The island’s dated mobile infrastructure was quickly flooded with traffic, frustrating users who repeatedly tried in vain to send emails.
Voice calls reportedly were affected as well.
State telco Etecsa apologized for the disastrous rollout of the service, known as Nauta, and its quality has since improved.
The digital age has lagged woefully behind in Cuba, where the majority of people do not have internet access.
About 5% of Cuba’s cell-phone users – around 100,000 people – had signed up for the service, which costs around 50 times the amount of a comparable data plan in the US, according to the report.
“Customers’ expectations really exceeded our vision,” Etecsa head Hilda Arias was quoted as saying.
The report cited a study that found that 54% of payments to Etecsa come from Cubans living abroad.
What difference will the AT&T-DirecTV merger make to Latin America? – Regional

AT&T’s acquisition of satellite TV operator DirecTV for US$48.5bn may have little impact on DirecTV’s Latin American operations, which could be sold off, according to analysts.
The merger, which is still pending regulatory approval, comes at a time of consolidation in the US cable TV and cable infrastructure sectors. The merger would create a pay-TV giant similar in size to where Comcast will be if it completes its acquisition of Time Warner Cable.
The deal will also give AT&T a strong foothold in Latin America, which represents about a quarter of DirecTV’s income. DTVLA owns approximately 93% of Sky Brasil, 41% of Sky Mexico and 100% of PanAmericana, which consists of DirecTV’s Latin American operations outside Brazil and Mexico.
AT&T also announced it plans to sell its long-held US$6bn stake in Mexican telecoms giant América Móvil (NYSE: AMX) to avoid potential regulatory conflicts.
According to Jan Dawson, of consultancy Jackdaw Research, the main focus of the acquisition is the US market and there are limited cross-border synergies.
“The Latin American business is more likely to be a distraction than a benefit for AT&T, with limited synergies between the domestic and overseas operations. As such, it’s quite possible that it will look to offload rather than keep the Latin American assets either immediately or over time,” Dawson said in a research note.
“The US and Latin America are fundamentally different markets with different cultures, spend levels, content consumption habits. It appears DirecTV Latin America has been somewhat successful, and this business is growing. But I’m not convinced AT&T can add much value to that business other than perhaps providing funding for a more aggressive expansion plan.” Dawson said.
The analyst said that AT&T may just allow DirecTV Latin America to continue to operate largely as it has.
TRIPLE PLAY
With AT&T’s assets and experience in telephony and internet, there is the question of whether the telco could help DirecTV push a more integrated offering.
Cesar Bachelet, senior analyst with Analysys Mason, commented that if the transaction goes ahead the combined entity would be better positioned against global OTT video players such as Apple, Netflix and Amazon for content acquisition.
He added that the merger would “lead to a more closely integrated and interactive service, combining multimedia content from various sources (e.g. broadcast or internet) to the TV, eventually extending a similar user experience to any connected screen, even in a car or on a plane.”
Up to now, DirecTV has resisted being drawn into the triple play battle with telcos, opting to play up its “premium” TV service.
The company offers mobile broadband services in Brazil and Argentina and is reportedly due to introduce the service in Colombia this quarter.
However, it is debatable whether AT&T would want to invest in the level of infrastructure that would be needed to make DirecTV a fully fledged telco in Latin America.
“The company would still have to organically or inorganically acquire the assets necessary to offer those services, and AT&T doesn’t bring anything other than cash to the table there either,” Dawson said.
Millicom, Eutelsat Americas ink satellite capacity deal – Bolivia, El Salvador

Mobile operator Millicom International (Nasdaq: MICC) has signed a contract with Eutelsat Americas for capacity on the Eutelsat 117 West A satellite.
Satellite capacity will be used for Millicom’s direct-to-home (DTH) pay-TV launch in Latin America, Eutelsat Americas said in a release.
Millicom also has additional capacity options with a second Eutelsat satellite, which will be launched next year.
The company will operate under the Tigo Star brand, which has been launched in Bolivia and El Salvador.
The DTH service offers 75 channels, including eight in HD, five free-to-air and eight premium services, and is aimed at more than 6.5mn people without access to cable television in Bolivia. 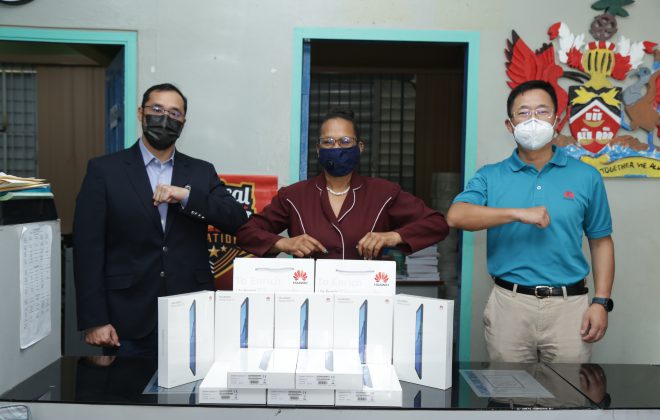