Dominican telecom regulator Indotel has authorized the merger by absorption of telecoms operator Tricom by Netherlands-based Altice Group.
Approval of the transaction is conditional upon certain corrective measures set by the regulator. According to Indotel, the operation constitutes market concentration and corrective mechanisms must be put in place to mitigate possible undesired changes in the structure of the mobile market.
After analyzing the market, Indotel concluded that, after the merger, Altice would control a considerable portion of the assigned spectrum, particularly in the bands below 2.2GHz. In addition, Altice would obtain two of the three assigned blocks below the 1GHz band.
In order to proceed with the merger, Altice will have to return 30MHz assigned to Tricom in the 1900MHz band, said Indotel.
The regulator underscored that it granted four blocks of 30MHz to each of the four concessionaires (Claro, Orange, Tricom and Viva) to level the field.
Concentrating two of these concessions under a single operator would contradict the motives behind awarding these blocks in such a fashion, said Indotel.
The regulator also demanded that prices be reduced prices in the merged entity’s interconnection reference offer so that this can be translated into lower prices for end users.
ALTICE OBJECTS
For its part, Altice issued a statement expressing its rejection of the regulator’s conditions.
The group claimed Indotel has known about the group’s intentions to acquire and merge Tricom and Orange since 2013.
Three years after the process began and now that the market is less concentrated, Indotel is implementing restrictive measures that limit the operations of the only company capable of bringing balance to the market and fostering competition, said Altice.
The company said Indotel’s analyses did not identify any harm or benefits resulting from returning Tricom’s 30MHz block, yet it perpetuates Claro’s dominant position in the mobile (53%) and fixed (71%) markets.

Eastern Caribbean mobile operator UTS has decided to migrate all subscribers that were still using its 2G network on the Island of Saint Maarten to the faster 3G and 4G networks following the damage caused by hurricanes Irma and Maria.
“The company’s infrastructure sustained major damages as a result of the aforementioned hurricanes, with hurricane force winds bringing down the main telecommunication tower on the roof of the Philipsburg location,” the company said in a statement.
UTS, which operates in the Dutch Antilles, said it would not switch the 2G network back on again due to the malfunction of key network components.
The company added that its legacy WiMax fixed wireless network had also suffered considerable damage and the company is looking at options to migrate customers on that network to an LTE-based solution.
UTS said that all sites had suffered some sort of damage and that currently 14 out of 29 mobile sites are up and running again and 14 of 40 broadband sites are back on, the latter using PMP450 technology.

Some 95.2% and 76.6% of mobile cell sites are out of service in Puerto Rico and the US Virgin Islands, respectively, as a result of damage caused by Hurricane Maria, according to a report from the US Federal Communications Commission (FCC).
The report, dated September 21, compiled information reported to the FCC Disaster Information Reporting System (DIRS), though said that the status update was incomplete because not all providers have reported to the DIRS.
At the time the report was published, in Puerto Rico, 48 out of 78 counties had 100% of their cell sites out of service, while in the US Virgin Islands, 60% of all sites were down.
The FCC has also received reports that large numbers of consumers are without cable or wireline services.
DOMINICA
In related news, Cable & Wireless Communications said on Thursday that it had partially restored the mobile network on the island of Dominica, which was hit by the category 5 hurricane on Monday.
Customers with access to internet were advised to monitor social media and listen to local radio stations for updates on restoration efforts.
Competitor Digicel said in a statement on Friday that it was sending supplies and technical equipment and personnel to Dominica from neighboring St Lucia.
“As soon as we had clearance, we immediately dispatched additional technical, engineering and rigging teams to Dominica, and they are currently working around the clock to restore coverage,” said Vanessa Slowey, CEO for Digicel Caribbean and Central America.
The impact of Hurricane Maria has also been felt in Brazil, with damage to the Sparkle submarine cable, which connects Brazil to the US via the Caribbean.

The trail of destruction caused by Hurricane Maria in the Caribbean caused disruptions to communications to and from South America.
InternetSul, the association of internet suppliers in Brazil’s south, said that the impact was felt in Brazil by operators served by the Sparkle submarine cable, which connects Brazil to the United States via the Caribbean and which is operated by Telecom Italia’s Seabone.
Seabone said it had to shut down surface equipment (nodes) that transmits internet data via cable because of the floods caused by the hurricane. The shutdown caused jams in IP traffic affecting the international flow to South America.
According to Seabone, had it not turned off this equipment, there could have been short circuits and other damage.
“The disconnection causes slowdowns in international destinations and, with that, clients can suffer instability in various internet services… over the coming days,” said InternetSul president Luciano Franz in a statement.
Internet users in Brazil, especially fixed broadband clients of telco TIM, owned by Telecom Italia, have complained about lower speeds and internet problems on various internet forums.
In a statement, TIM said the problems were caused by the string of hurricanes to hit the Caribbean.
“During the course of the day some customers may have noticed instability in access to internet due to the impact on the international provider that serves the company, because of failures caused by the sequence of hurricanes that hit the Caribbean region. The operator points out that it has worked continuously to reestablish the service and that traffic has already been normalized.”
Maria left a path of devastation across parts of the Caribbean. In Puerto Rico, the entire island was cut off after the storm made landfall on Wednesday with category 4 intensity.
Puerto Rico could be without electricity for months.

Cuban state-run telco Etecsa reported that over 90% of the telecom services affected by Hurricane Irma have now been restored on the island.
Earlier this month category 5 Hurricane Irma caused catastrophic damage across the Caribbean. In Cuba fixed and mobile telephony, alternative fixed services and data services were all impacted by the storm, reported local daily Juventud Rebelde,
According to Etecsa, Irma damaged 248,178 telecom services across the Caribbean nation, and 93% of these have now been repaired.
Etecsa said some 17,195 affected services are yet to be fixed, and 90% of these are located in the provinces of La Habana, Villa Clara, Ciego de Ávila and Camagüey.
Irma took a toll on 312 mobile services, 90% of which have been repaired. Although seven base stations remain offline, Etecsa has ensured mobile coverage.
As for the island’s Wi-Fi zones, 342 were affected and now only six remain offline.
Specialized teams continue working on restoring telecom services as soon as possible in Granma, Santiago de Cuba, Guantánamo, Holguín, Las Tunas, Pinar del Río and Isla Juventud. 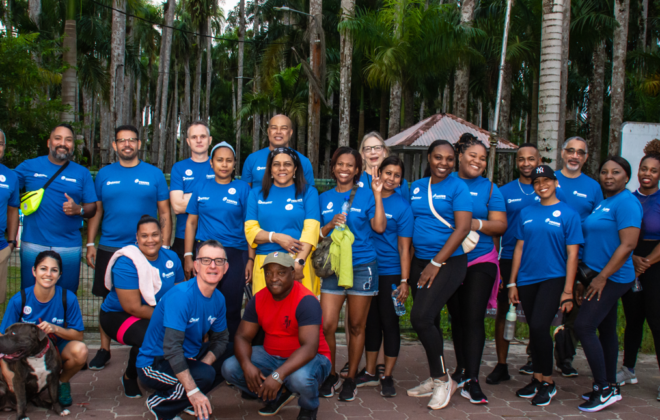