Telecoms regulator Subtel may ask antitrust tribunal TDLC to raise the current 60MHz spectrum cap to which telecoms operators are limited, following a supreme court ruling that ordered operators to return spectrum after they exceeded the existing limit.

Mexico’s president-elect Andrés Manuel López Obrador will look hard at ICT-related government programs to retain positive initiatives without pushing for a “radical” rethink of policies, as the new government seeks to bring connectivity to millions still outside the digital economy, according to a key economic advisor.

Argentina’s so-called “short” telecoms law, which allows telcos to offer DTH, cleared the senate and faces a vote in the lower house in the coming weeks.

The site that will host Qualcomm’s promised US$200mn Brazilian semiconductor plant remains to be found, but the company is already starting to develop the technology for its advanced Qchips locally.

Uruguay’s ministry of industry, energy and mining (MIEM) has granted US$700,000 in non-refundable funds to support projects in the software, biotechnology, electronics and nanotechnology areas.

Cuba’s new ToDus messaging app for mobile phones obtained more than 170,000 subscribers during the first week after its June 20 launch, according to media reports.

Widespread thefts of fiber optic cables in crisis-hit Venezuela are leaving telecommunications users in the South American country in digital darkness, according to local media.

Ecuador’s Seguros Equinoccial said its new connected car insurance platform offers a raft of benefits, as it joins a trend that has taken root in the likes of Brazil, Chile, Mexico and Argentina.

Kevin Cohen, Viasat’s general manager of community Wi-Fi for Latin America, offers the company’s view of a legal spat in Brazil concerning use of the Ka band.

Is Latin America’s growing e-commerce scene ready for a big takeover? And could the door for international giants such as Alibaba and Amazon swing open through a potential takeover of the region’s long-standing leader MercadoLibre?

US satellite services company Viasat plans to launch its community Wi-Fi services in up to four more Latin American countries before the end of 2019, after having already launched in Mexico, using the coverage of its Viasat-2 satellite, the firm’s general manager, Kevin Cohen, told BNamericas.

Viasat-2 is part of the company’s constellation of satellites and was launched in June last year, going into operation a few months later, with coverage over Canada, the US, Mexico and Central America and the Caribbean.

Cohen did not say which countries the company would start offering services, explaining arguing that Viasat is still in talks with potential local partners.

Viasat-2 has a 260Gbps per second capacity, twice the capacity of Viasat-1, which was launched in 2012 to cover Canada, the US and northern Mexico.

With Viasat-2, the company is able to offer residential services of 100Mbps, which it is already offering in the US market.

In addition to Viasat-2, Viasat plans to launch Viasat-3 by 2020, covering the entire South American region, followed by at least two other satellites covering Europe, the Middle East and Africa (EMEA) and Asia, respectively.

In his interview with BNamericas, Cohen also said that Viasat aims to become “the leading satellite internet operator in Brazil”, where the company is currently dealing with a legal standoff over a contract with state telco Telebras to offer broadband services under a government program through Brazil’s geostationary satellite SGDC.

Costa Rica moved further this month in the transformation of its POS rules by requiring an international bank account number (IBAN) to be printed on all cards.

The requirement is part of a move towards contactless and/or biometric confirmation technology at all points of sale by January 1, 2021. Established by the central bank, the framework came into effect on May 14.

The new regulation allows payments with cards that have a chip or contactless technology to be carried out without a signature or ID for purchases of 15,000 colones (US$26.40) or less – representing 70% of all card purchases in the country.

For purchases above that amount or with cards that continue to only have a magnetic strip, ID and signature will still be required, though a PIN may suffice and biometric technology, once introduced, would also be acceptable.

As reported in regional news outlet El Economista, there are close to 5mn cards that already have either chip or contactless technology, or 60% of all cards issued in Costa Rica. By the end of 2018, all cards must have the technology, according to Carlos Melegatti, director of payment systems at the central bank.

As for the POS terminals, 65% of them already have the capability to comply with the new rules, according to the report.

As of July 1, financial institutions are also required to communicate to clients immediately any movement of funds made on an account. The increased speed in this type of communication will be positive for all parties since banks and merchants will more rapidly see suspicious transactions that are not recognized by the card holder, said Melegatti.

The Chinese internet giant often referred to as the ‘Chinese Google’ is shutting down its local office to focus on the development of artificial intelligence (AI) technologies, local media reported.

Only a handful of legal professionals should be left behind to deal with the legal aspects involving the closure of the office in the months to come.

In 2013, following the activation of a Portuguese domain – br.baidu.com, which is no longer available – Baidu started a local operation in São Paulo.

On the occasion of the office launch, Baidu said that it would be a starting point for an expansion to other markets in Latin America. The company aimed to generate revenues from, among other things, the sale of web-based products and ads.

Baidu’s first launches in Brazil included Hao123 and the PC Faster, Spark Browser and antivirus applications. The company, however, did not enjoy a good reputation among Brazilians due to its hard to remove add-ins, such as the antivirus tools, often installed on devices by default.

Previously, as part of Chinese President Xi Jinping’s state visit to Brazil, the company signed a partnership with the government in which it committed to opening an R&D center in the country in up to three years. The project, budgeted at 120mn reais (US$31.6mn), never progressed.

At the end of 2014, Baidu diversified its business and bought Brazilian discount website Peixe Urbano. Back then, in Brazil and elsewhere, the business model of online collective purchasing was already declining, a trend that only accelerated in the years to come.

As a result, Baidu sold Peixe Urbano in September 2017 to the Mountain Nazca investment fund, controller of Groupon.

Baidu also tried startups. In September 2016, the company announced during an event in São Paulo, attended by over 200 internet industry executives, the creation of a US$60mn Brazil-based investment fund named ‘Easterly Ventures.’

The focus would be on providing funding, technology, local traffic and industry expertise for Brazilian tech startups with the goal of supporting their internationalization.

Baidu Brasil had ventured before on the startup scene by teaming up with the Latin American Association and top universities to promote its startup incubator projects “Baidu Accelerate” and “Baidu Class.”

But none of this materialized. In March last year, Baidu shut down ‘Easterly Ventures’ with zero projects supported. In a statement, Baidu said that “new investments should focus on technologies and be driven from our headquarters, not from local funds such as Easterly Ventures, which will be discontinued.”

According to Frost’s Pasquini, Baidu was too eager, too fast and with the wrong strategies in Brazil.

“The company arrived in the country with an intrusive policy for the installation of its browser and antivirus, which ensured a significant customer base but also generated brand rejection. Baidu’s initiative in smartphone apps has also not worked very well in Brazil. Probably for such reasons the company decided not to have a local presence anymore, although users can continue using its services,” he said.

Some analysts believe that the real problem happened at Baidu’s headquarters in China, with shifts in management and conflicts over investment decision-making and strategies, among others.

Baidu did not immediately respond to a request for comments by BNamericas.

The CEO of Baidu Brasil was Yan Di, who also appears as president of an entity called China-Brazil internet promotion agency, or CBIPA, purportedly focused on supporting and facilitating bilateral business communication and information exchange among internet companies, startups, analysts and investors from China and Brazil.

BNamericas tried contacting CBIPA, but a message indicates that the phone number on CBIAP’s website has been disabled.

In addition to Yan Di, the only other executive cited by CBIPA as being part of its board is In Hsieh, Xiaomi‘s former head of e-commerce for Latin America.

Coincidentally, the smartphone maker is another Chinese tech giant that left Brazil few years after entering with a lot of buzz. In June 2015, Brazil became Xiaomi’s first market outside of Asia. Later, the company also reached Mexico.

But the competitive Brazilian handset market has offered little room for brands that are unknown to users, and with a commercial model privileging online sales, as well as alleged manufacturing problems and claims of malfunction, Xiaomi too could not go ahead.

Ultimately, Xiaomi moved its staff to China, downsized operations, closed a local manufacturing it had through an outsourcing deal with Foxconn and stopped launching new models in the country.

Chile again led the Latin American region in the Global Innovation Index (GII), developed by the World Intellectual Property Organization (WIPO) in partnership with the Cornell and Insead business schools.

After these countries, and appearing in the top half of the ranking, follow Uruguay (62, +5), Colombia (63, +2), and Brazil (64, +5). Costa Rica and Colombia have been identified as “innovation achievers.”

According to the study authors, although important regional potential exists, the GII rankings of countries in Latin America relative to other regions “have not steadily improved.”

Chile is well placed in the items institutions (37), business sophistication (48), and knowledge and technology outputs (48). The study says that improvements in the sub-pillar business environment (47) are also related to the removal of the variable “ease of paying taxes.”

Meanwhile, the sub-pillars that declined the most were trade, competition, and market scale, innovation linkages, and online creativity and mobile app creation.

The full study can be accessed here. 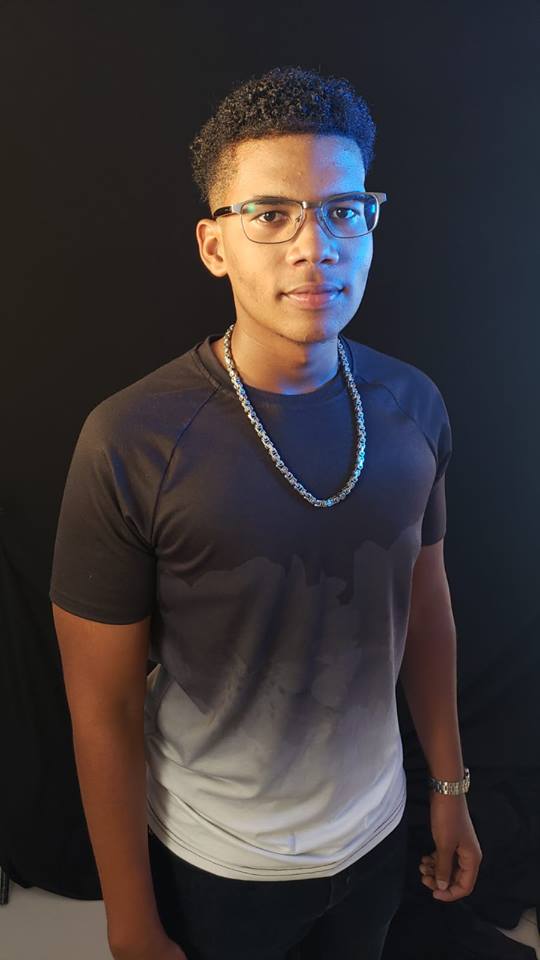 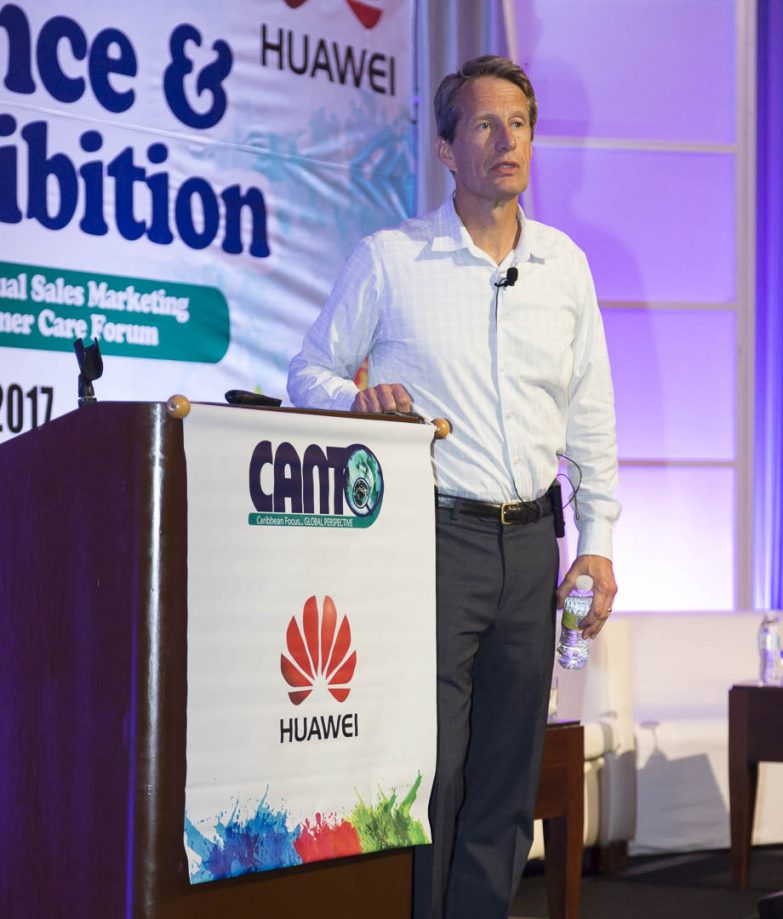