“Advocate for policies, legislation and rules which advance the creation of an environment which facilitates the deployment of services and technologies around the region.”

Vision
“To become the leading authority in shaping information, communication and technology in the Caribbean Region and the Americas.”

Cuba’s state-owned telecoms company Etecsa is offering free mobile internet access to its prepaid cellphone users as part of a test of its ongoing mobile internet service deployment.
The company said it would give users 70MB free of charge to be used between 8am and midnight on Wednesday. “For the duration of the test, (internet) could stop partially or completely according to the network’s performance and the technical parameter adjustments being evaluated,” it added.
Etecsa is in the process of deploying mobile internet nationwide via its expanding 3G network. The service has been available for a few months for state journalists and post-paid clients.
Cuba appears next-to-last, only ahead of Haiti, in the International Telecommunications Union’s 2017 ICT Development Index in the Americas, with 35.5 cellphones per 100 inhabitants, 7.5% of households enjoying internet access and no mobile broadband connections.
Brief: Puerto Rico to merge energy, telecoms regulator – Puerto Rico

Puerto Rico is moving to merge several regulatory bodies, including those for energy, public transportation and telecommunications, into a single government body, media reports said.
The bill creating the new body, called the Public Services Regulatory Board, was signed into law in mid-August by Puerto Rico’s governor Ricardo Roselló.
It will also absorb the consumer protection office, the public services commission and the Energy Administration. Roselló was quoted as saying that the new body will bring savings of up to US$30mn to the country during its first year of operation.
MercadoLibre seeks to raise US$800mn – Argentina, Regional

Buenos Aires-based e-commerce leader MercadoLibre will offer US$800mn in 10-year convertible notes. Proceeds will be used in part to pay for the repurchase or retirement of outstanding 2019 convertible notes.
The company said in a statement that it will give initial buyers of the notes the option to acquire an additional US$120mn of principal bonds, due in August 2028. The notes will pay interest semiannually, it added.
“Upon conversion, holders of the notes will receive shares of MercadoLibre’s common stock, cash or a combination thereof, at MercadoLibre’s election. The interest rate, initial conversion rate and other terms of the notes will be determined by negotiations between MercadoLibre and the initial purchasers of the notes at the time of the pricing of the offering,” the company said.
MercadoLibre did not set a date for the pricing of the offer. It added that it will have the option to redeem the notes for cash if the price of MercadoLibre common stock reaches at least 130% of the initial conversion rate starting on August 21, 2023. At the time of the pricing it intends to enter capped call transactions with initial purchasers of the bonds to limit capital dilution of its common stock in the case of conversion. The capped call options will expire in 2023.
Main shareholders include Baillie Gifford & Co. (12% of common stock), CEO and founder Marcos Galperín’s (pictured) Trust (9.06%) and Capital Research and Management (5.24%), among others.
During 2Q18, the company saw revenues jump 43.7% year-on-year on an FX neutral basis to US$335mn with strong gross merchandise volume growth across its main markets, even as it reported a US$11.3mn net loss due to depreciation of Latin American currencies against the US dollar and a 10-day truckers’ strike in Brazil.
Bill Maurer of investor website Seeking Alpha wrote that a “fair pricing” for the bonds would be “somewhere in the 3.00% to 4.00% annual interest rate.” The 2019 senior convertible notes were priced at 2.25% in 2014. “The company’s entire balance sheet only had a little more than US$1.5bn in total assets at the end of the most recent period, so this note offering is rather large, even though some of it is to repay current debt,” he added.
As of June, MercadoLibre had 235mn registered users, over a third of the population of Latin America, after adding close to 12mn new clients in the second quarter alone. It controls around 20% of all e-commerce in the region.
The full statement of the offer can be read here, and the financial results can be seen here.
Andean region champions LatAm growth for Riverbed – Regional

Chile, Colombia, Peru and Ecuador are the fastest-growing markets for US networking solutions firm Riverbed in Latin America, the company’s VP Rosano Moraes told BNamericas.
San Francisco-based Riverbed provides software and hardware focused on improving the performance of networks, such as WAN and SAN optimization. It has 30,000 clients worldwide and annual sales of over US$1bn.
In Brazil, its largest LatAm market, sales are growing by 5%, which Moraes considers a good performance considering the country’s still fragile economic recovery.
The company operates in Latin America through channels and distributors, with direct offices in São Paulo, Mexico City and Bogotá.
Finance, telecom (one of the major contracts in place in the region is with Telefónica), education and agribusiness are the verticals being prioritized by the company regionally. Riverbed also vows to increase its footprint with content service providers (CSPs) and ISPS, Moraes said.
Traditionally, the public sector accounts for 20-30% of Latin America revenues, but the electoral processes in many Latin American markets this year have impacted business in the segment, according to the executive.
Moraes cited particularly the case of Mexico, where tenders and projects have been delayed or even cancelled amid the change in government with Andrés Manuel López Obrador’s election. He takes office on December 1.
Fintech spotlight shines on Uruguay – Regional, Uruguay

In Latin America 54.4% of adults have an account at a bank or mobile money provider, below the global average of 68.5%, according to the World Bank’s Global Findex Database.
However, in the region 55% of adults own a mobile phone and have access to the internet, 15 percentage points more than the developing world average.
This relatively low rate of account penetration coupled with strong adoption of mobile phone technology spells opportunities. Fintechs, which leverage such devices, are well positioned to help raise inclusion rates, and this area will be explored at the second Montevideo Fintech Forum, being held in the Uruguayan capital on August 28.
“What captivates me about fintechs is their potential to include the excluded through the development of the digital economy, mainly via mobile payments and access to loans,” Sebastián Olivera, founder of Uruguay’s fintech chamber, an event partner, told BNamericas.
ALSO READ: Latin America – a fintechs laboratory for financial inclusion
Fintechs are “aggregators of social value since they enable sectors, until now excluded by traditional lenders, to have access to quality financial services,” he said.
Olivera (pictured) said true financial inclusion involves providing transaction accounts – those that allow the holder to store, send and receive funds – and access to financial education. He urged against policies that force people into the financial system, such as those that compel workers to go to a bank to withdraw their wages.
“What is key is generating a critical mass of educated people who make the best decisions regarding their resources and who can demand increasingly sophisticated services that adapt to their needs in a bespoke manner,” Olivera said.
Forum speakers include Uruguayan government and World Bank officials as well as local and international consultants and fintech CEOs.
Topics include financial inclusion in the digital age, blockchain and insurtech, e-wallets, fintechs and anti-money laundering, and international trends and their impact on Latin America.
*The second Montevideo Fintech Forum takes place in Montevideo, Uruguay, on August 28, 2018. Find out more.

The information presented and opinions expressed herein are those of the author and do not necessarily represent the views of CANTO and/or its members
. 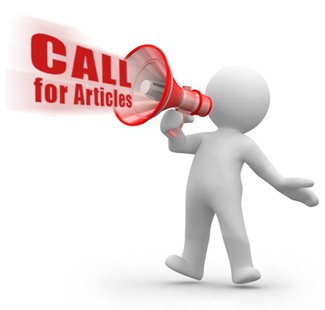