Home > News > Haitian Orphans Connect to the World Thanks to Satellite

It has been more than five years since the devastating 7.0 magnitude earthquake decimated the island nation of Haiti. While the country still strives to rebuild and regain its socioeconomic footing, one company has made a commitment to aiding more than 450 orphans who live in an orphanage five hours’ drive from Port-au-Prince.

On Call Communications has had a presence in Haiti since 1995 for a project with AT&T and the U.S. Department of Defense. On Call is a customer of Intelsat, providing IP based mobile satellite solutions to customers in the U.S., Caribbean, Latin America, Europe and Africa, expanding to Asia, Oceana and the Pacific Rim. Within 48 hours of the 2010 earthquake, they were in country facilitating transmission for a broadcasting client. Shortly after that, Jim Gilbert, the CEO of On Call, visited Haiti and the orphanage to see how the company could make a difference.

While there, Gilbert said, “I had discussions with Father Marc, who runs the orphanage, and his staff regarding their operation. They have a clinic, but their medical staff’s capabilities are limited and very basic, there is a school, but the curriculum was outdated and the staff under qualified. The most glaring problem was that they were cut off from the rest of the world.  It was at that moment that it occurred to me that we were in a position to help make a difference.

“That difference would be in the form of a satellite link on Intelsat’s Galaxy 25 and a wireless network throughout the campus which would provide free voice circuits, Internet access to provide current lesson plans for the school along with high definition video conferencing to be used between the clinic and teaching hospitals here in the U.S. and abroad.”

Humbly, Jim says, “It wouldn’t have happened if it wasn’t for Intelsat. I was at IBC in 2012 and fortuitously ran into Steve Spengler. When I mentioned that we needed capacity for the project, he didn’t hesitate. This project would not have happened if Intelsat hadn’t donated the capacity.”

The connectivity provided through the partnership with On Call has evolved to include adult learning, teacher training and a virtual exchange program with school children in classrooms throughout the U.S.

The program continues because, as Jim says, “It connects this community to the world. It’s helped create a little haven in a sea of desperation, even enabling Father Marc to speak directly with benefactors anywhere in the world, easing the financial burden that would come with him having to travel.”

And Jim isn’t done yet. “I want to expand, particularly with the virtual exchange program. There are 15-20 schools throughout the U.S. that want to interact with the children in Haiti for cultural exchange, social justice, and even fundraising.” Moreover, he hopes to set up a telemedicine program with the clinic on site at the orphanage complex.

In 2013, On Call was recognized for their work in Haiti as the first ever Excellence Award winner for humanitarian efforts by Satellite Today. Of his company’s contributions, Jim says, “There are a lot of good people and good companies in this industry who will do what they can. And for all of them, including Intelsat, I am eternally grateful.” 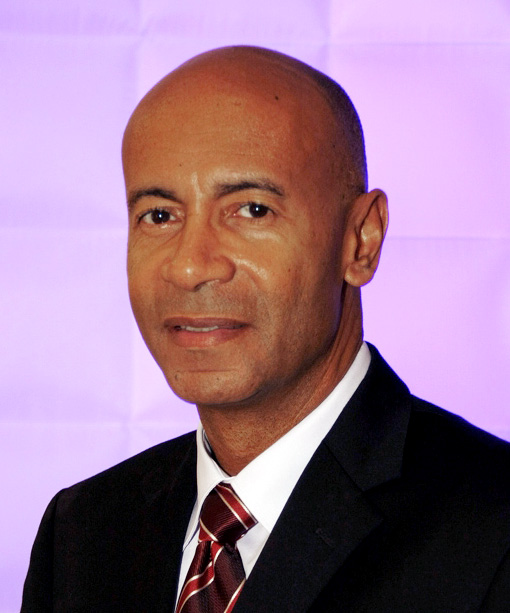