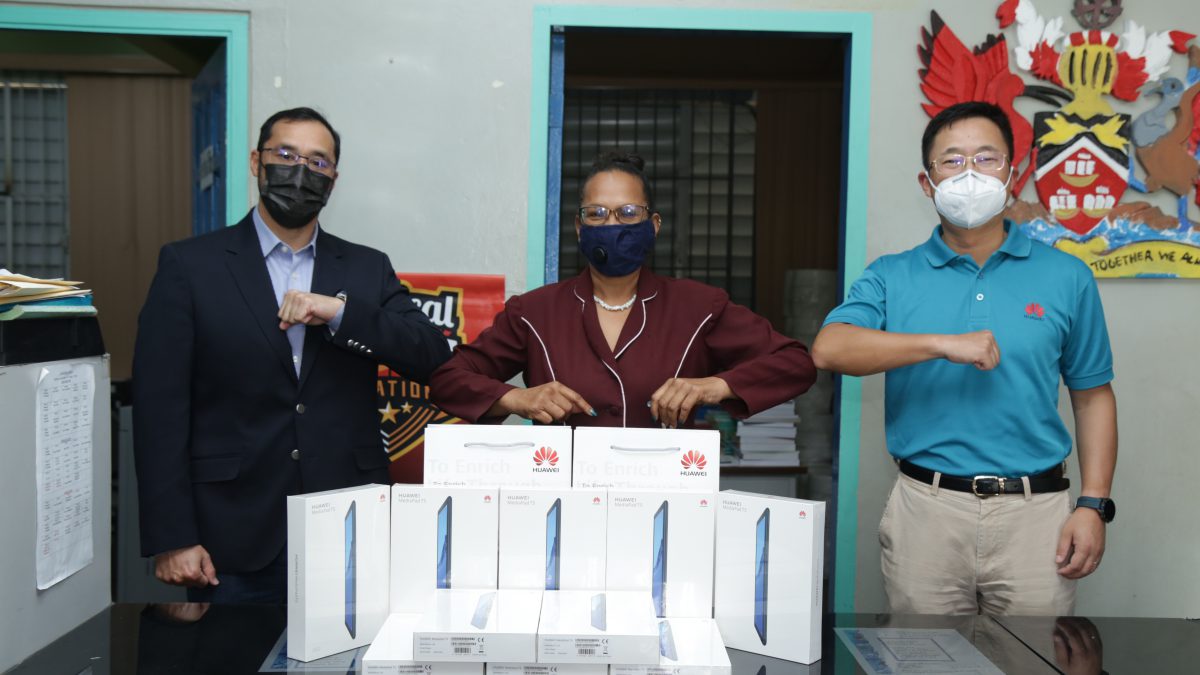 Huawei Technologies (T&T) Limited has launched its own boost to the children of Trinidad and Tobago with the first in a series of  presentations of tablets planned for schools across the country. The Huawei initiative began yesterday (Thursday 18th November 2020) with the handing over of 10 Huawei T5 Tablets to Belmont Secondary School, in a brief but warm event with Huawei T&T CEO Mr. Jeff Jin presenting the tablets to school Principal Mrs. Lisa Sammy-Pierre, along with the Honourable Stuart Young, Parliamentary Representative for the school’s area, as well as Minister of National Security and Minister in the Office of the Prime
Minister.
Mr Jin stated that it was Huawei’s honour and pleasure to be able to respond to the Ministry of Education’s Adopt-a-School Programme which is aimed at providing digital facilities to assist with online schooling. He disclosed that the Huawei initiative of donating 100 T5 Tablets will proceed over the upcoming week, with four other schools to be presented: Russell Latapy Secondary School, Las Cuevas Government Primary School, San Fernando Central Secondary School, and Diego Martin Government Primary School.

Both the Minister and the Principal thanked Mr. Jin for the Huawei tablets, citing that these well reputed devices will serve the students’ requirements for the current online classes as well as their digital-based schooling beyond the pandemic.

Observing all anti-COVID protocols, were the Hon. Stuart Young, MP for Port of SpainNorth/St Ann’s West, Minister of National Security and Minister in the Office of the Prime Minister, Mrs. Lisa Sammy-Pierre, Principal of Belmont Secondary, and Mr. Jeff Jin, CEO
of Huawei T&T, at Wednesday’s handing-over of 10 Huawei T5 Tablets, in the first of Huawei’s response to the Ministry of Education’s Adopt-a-School Programme, the techgiant donating 100 of the Huawei high quality device to five schools throughout Trinidad. 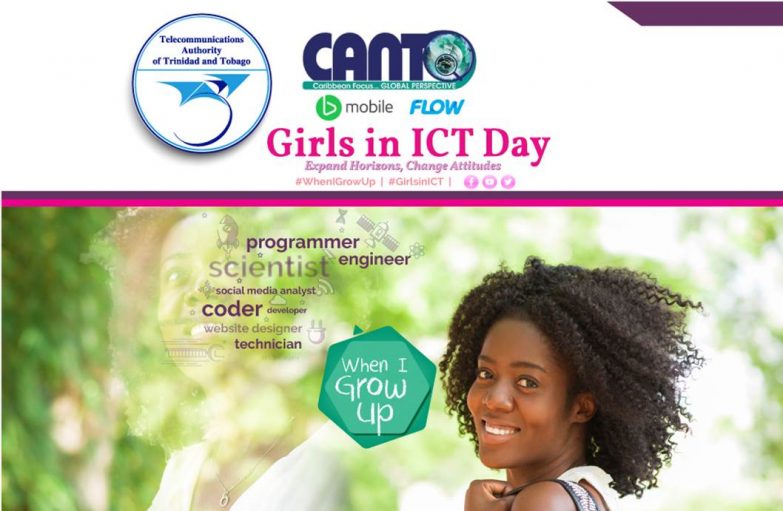