CWC-Columbus International to operate under the Flow brand – Caribbean

Flow will be the brand of the company resulting from Cable & Wireless Communications’ (CWC) acquisition of Columbus International in nearly all the Caribbean, the firm said in a press release.
CWC’s previous brand LIME will be replaced by Flow, except for Panama and the Bahamas where the brands of Mas Movil and BTC, respectively, will be retained.
“Flow, with its bold blue color, captures the essence of the Caribbean Sea and sky, and is renowned for innovation, technical excellence and great customer service,” said CWC CEO Phil Bentley.
CWC completed its acquisition of Columbus International for US$3.02bn in March, five months after it was first announced.
The company drew up synergy plans as early as a month after it announced the merger, with a projected US$400mn investment in expanding its fiber broadband to 50,000km. The company would also be capable of providing 1Gbps broadband speeds and creating 500 new jobs in Latin America within the next five years.
The new company will merge CWC’s fixed and mobile communications offerings with Columbus’ residential cable TV and broadband, bringing converged services to the Caribbean. It projects to reach 50 countries in Latin America and the Caribbean, overtaking Jamaica-based Digicel, present in 26 countries in the Caribbean and 32 worldwide.
Approval was opposed by workers’ unions and Digicel made a vocal rejection of the deal, pointing to concerns over a potential monopoly arising from the merger.
Several institutions listened to Digicel’s concerns, and started probes into the merger, which eventually led to approval, from both regulatory institutions and governments.

Bolivia will have a direct connection with submarine cables, without the need to depend on private companies to expand its fiber optic network, El Deber reported.
State-owned telco Entel will invest US$50mn in the interconnection, which will allow for a reduction in internet costs of up to 50%, the paper said.
***
Mexico’s Telmex and the telephony workers’ union agreed a 4.3% wage hike for 2015-16. Benefits will grow 1.5%, the company said.
The operator and union also decided that retirement age will be 65, though employees will be allowed to work for longer through a voluntary program.
***
Smartphone users delete over 80% of the applications they download, a study by Verto Analytics found.
Android users delete 89%, and Apple users 82%, according to the study.
Android users, however, are more likely to try new apps, having downloaded 1.4 apps per user on average during 1Q15. Apple users downloaded 0.44 apps on average.

Video streaming company Netflix asked the US Federal Communications Commission (FCC) to reject the US$48.5bn merger of telephony operator AT&T and pay TV provider DirecTV over concerns of free competition in the market.
Netflix said the merger would leave AT&T as a big broadband provider with power in traditional pay TV, which could give “incentive and ability to harm online video distributors.”
The company used the FCC to reject the merger unless conditions were imposed to protect competitors.
DirecTV CEO Mike White, however, assured the merger will take place this year. During DirecTV’s 1Q15 conference call, CEO Mike White called the call “the last conference call we will do as separate public company.”
“Reiterating what AT&T said a couple of weeks ago, I am very confident we will be able to close the transaction in the second quarter,” he said.
DirecTV is AT&T’s pending acquisition since May 2014, which was approved by DirecTV stockholders in September with a 99% of votes in favor. The transaction was expected to be completed in the first half of 2015, but it remains subject to review and approval in the US.
This deal gives AT&T a strong presence in Latin America. DirecTV owns 93% of Sky Brasil and 100% of PanAmericana, which consists of DirecTV’s Latin American operations outside of Brazil and Mexico.
Mexico is its own battle horse for the AT&T-DirecTV deal. DirecTV owns 41% of Sky Mexico, and should the deal move forward it could make AT&T the first Mexican operator to offer quadruple play.
AT&T recently closed its acquisition of Nextel Mexico. Its purchase of Iusacell was completed in January.
DirecTV registered a 6% drop in revenues in Latin America year-on-year, dropping to US$1.63bn, mostly due to fluctuations in currency exchanges. Sky Brasil experienced a 15% drop to US$795mn, taking into account exchange rates.
DirecTV has 19.46mn subscribers in Latin America.

Project Fi, Google’s MVNO, has coverage in Mexico despite the service not being yet available locally.
Google announced Project Fi in April, its virtual mobile operator that will charge a flat rate and roaming in over 120 countries. It launched in the US first.
Project Fi customers will be able to use the service in Mexico, but the MVNO is not yet available for Mexican citizens.
***
Canaliza Software presented its MVNO QBoCel in Mexico, which will operate using Telefónica’s infrastructure.
The operator’s goals are to reach 180,000 users during its first year, and 1mn by 2017. The company invested 103mn pesos (US$6.7mn).

Tigo launched its 4G LTE network in Guatemala City and towns Santa Catarina Pinula, Villa Nueva, San Miguel Petapa, Villa Canales, Amatitlán, San José Pinula and Fraijanes.
Both prepaid and postpaid users will be eligible to use the service. Tigo expects 200,000 of its 8.5mn users will upgrade their services, and reach 1mn within three years.
***
Peru’s portability numbers for April reached 64,016 users, fewer than the 65,142 in March, newspaper Gestión reported.
The process currently takes 24 hours, since regulator Osiptel introduced the procedure in July. Since then, 377,250 customers have changed their operators while keeping their numbers.
Movistar lost 93,393 users, while Claro waved goodbye to 49,697. The biggest winner was Entel, which welcomed 145,419 customers.
***
Telefónica Argentina will invest 190mn pesos (US$21mn) to improve its service in the city of Rosario, puntobiz.com reported.
The firm will devote 117mn pesos to the deployment of the 4G LTE network. Telefónica expects to start the service by year-end, bringing the highest-speed to 455,000 customers.

The information presented and opinions expressed herein are those of the author and do not necessarily represent the views of CANTO and/or its members
. 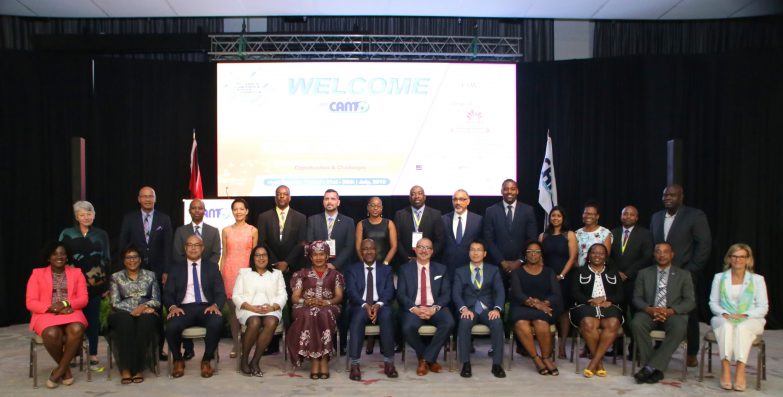