The roll-out of 4G LTE networks by international telecoms groups operating in Latin America helped make the telecommunications sector one of the main recipients of foreign direct investment (FDI) in the region last year.
While 2014 was generally a weak year for FDI in Latin America – with a decrease of 16% to US$159bn from 2013, the third annual fall in 10 years – telecommunications was an area of infrastructure that received substantial investment, according to a report from the UN’s Economic Commission for Latin America and the Caribbean (Eclac).
The gradual deployment of 4G networks demands a constant flow of investment from international telephone operators, Eclac said. But telecoms FDI growth can also be explained by the expansion of the now-dominant 3G technology, deployment of fiber optic networks and acquisition of spectrum licenses.
In Brazil, telecommunications was the second largest services category in 2014, after commerce, Eclac said. In Mexico, there was a significant negative inflow to the sector in 2014, mainly due to the major divestment by US firm AT&T of its share in América Móvil for US$5.5bn.
In many Central American and Caribbean markets, some of the most significant investment announcements in 2014 concerned the expansion of 4G coverage. In Haiti and Jamaica, for example, transport and telecommunications received 70% and 51%, respectively, of the total FDI in those countries.
Eclac said some companies manage to operate profitably by treating the Caribbean as a single market, rather than a collection of small ones, and that this strategy is especially relevant in the telecommunications and financial services markets.
On a local level, the two largest corporate acquisitions by Latin American companies last year were in the telecommunications sector: Brazil’s Oi, which announced a merger with Portugal Telecom valued at US$8.05bn (a deal now partially undone), and Mexico’s América Móvil increasing its stake in Telekom Austria for US$6.11bn.
Furthermore, of the 20 largest mergers or acquisitions that took place in Latin America last year, three came in the telecommunications sector, more than any other sector.
They were: Swedish firm Millicom’s US$1.30bn acquisition of 50% of the telco business of Colombia’s EPM, ranked as the 10th largest deal; French company Eutelsat’s acquisition of Satélites Mexicanos for US$1.14bn (11th) and US company American Tower Corporation’s acquisition of Brazil’s BR Towers for US$1.01bn (12th).

Digicel New Media Ventures, a unit of mobile operator Digicel, has chosen telecoms network security provider Verimatrix to protect its Digicel Play high definition digital entertainment service offering.
Verimatrix’s Video content Authority System (VCAS) for DVB provides a cardless security solution that saves the operator from managing the logistics of smart cards.
“Verimatrix gives us the flexibility to seamlessly expand our service offering to multiple screens in the future, while also protecting our current content offering,” Digicel New Media Ventures’ CTO Alan Constant said.
Ericsson, Kaon Media and Magnaquest were also all involved in the deployment. The service is delivered via a hybrid DVB-S/DVB-T2 network and is accessible via the Kaon Media VM-9150 STB.
Digicel has operations in 33 countries across the Caribbean, Central America and Pacific Islands.
***
Mariposa, a company that focuses on helping mobile operators generate more revenues through value-added services, is teaming up with Brazilian telco Algar to offer Mariposa’s ROK Music service in a “zero rating” type deal.
Mariposa focuses on ‘millennial’ youth and will work closely with Algar to enhance the revenue performance and penetration of the data services using music and personalized social applications.
One such application is its Ringback Tone solution that allows consumers to choose their ringback tone from their music play list or radio station.
Mariposa CEO David Fondots previously told BNamericas that Mariposa aims to help operators speed up their ability to adapt to the rapidly changing dynamics of the mobile consumers’ preferences for content.
Mariposa’s music services are available in nine countries in Latin America plus the US, with 14 mobile operators.
***
Japanese mobile messaging app LINE saw sales of stickers worth US$70mn from 390,000 users from 156 countries on its CreatorsMarket online store between May 8, 2014 and May 8, 2015, according to a release.
Vendors receive 50% of the value of the sticker after deductions have been made for the app store.
The average value of sales of the top 10 stickers sold worldwide was US$421,000.
Alberto Nicolás Casado, LINE’s marketing manager for Latin America recently told BNamericas that that Mexico has the largest LINE user base in the region, with some 14mn registered users, followed by Colombia, Chile and Argentina.

Caribbean and Central American mobile operator Digicel has completed the acquisition of Bermuda Telephone Company (BTC), according to local press reports.
The Bermuda Regulatory Authority (RAB) approved the sale on May 11. The transaction, which was announced in January, when Digicel offered 30mn Bermudian dollars (US$30mn) to buy BTC from Canada-led Barrie Holdings.
The acquisition will allow Digicel to offer triple play services on the island, combining BTC’s fixed voice and broadband with its own mobile offerings.
Digicel Bermuda CEO, Robin Seale, said, “Digicel is already heavily investing in increasing the capacity of our service and the acquisition of BTC will provide the framework to broaden that even further; growing our business.”
Digicel entered the Bermudan telecom market in 2012 after it acquired local operator Transact. The company held a 41% mobile market share last year, while the remaining 59% were CellOne users.
BTC accounted for 42% of broadband users last year, with CableVision leading the market with 45%.

Honduras’ state-owned telco Hondutel will invest 20mn lempiras (US$900,000) in migrating its services from copper to fiber optic cables.
The migration will start in July and it is expected to improve the quality of the firm’s broadband service.
Hondutel has recently gone back into the black after several years flirting with bankruptcy.
***
The Nicaraguan government, led by the science and technology council (Conicyt), yesterday kicked off a campaign to promote safer use of the internet.
Its main target public are younger users who are at most risk, according to Conicyt secretary Guadalupe Martínez. “It’s essential to be familiar with new technologies, but in an educational and healthy way,” she said.
The campaign will last a week and will include workshops and thematic meetings, and is backed by the ministry of education, the Universidad Centroamericana and the Universidad de Ingeniería.
***
Claro Honduras accounted for 78.8% of the numbers ported between April 2014 and January 2015, according to a study published by regulator Conatel.
Tigo received 20.8% of the numbers, while state-owned Hondutel obtained 0.4%. In total, 32,000 numbers were ported, which is equivalent to 0.4% of the almost 8mn mobile lines in the country. 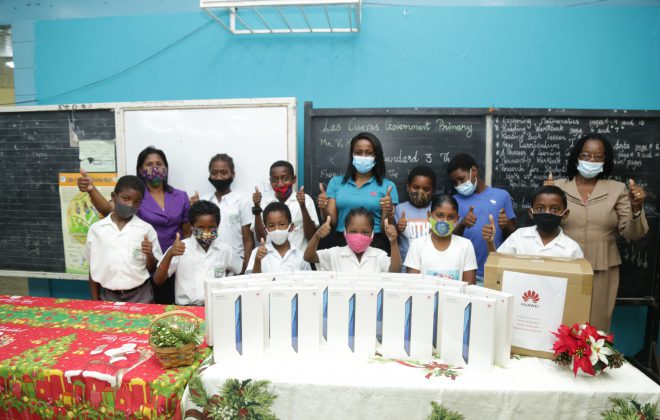