Caribbean roundup: Orange Dominicana, Jamaica’s IXP, Cuban internet – Regional
Orange Dominicana is the operator of choice for 46% of Dominicans, the largest level of approval for any of the companies. Second in the ranking was Claro, with 43%. Viva (6%) and Tricom (5%) are well behind.
According to watchdog Indotel, 8.4mn Dominicans have a mobile subscription, of which 79.3% are pre-paid.
***
Jamaica’s operators LIME, Digicel and Flow have connected to the local IXP, but are not exchanging data between each other.
The Office of Utilities Regulation (OUR) said that the country will not really benefit from the local exchange if the operators are not sharing data.
According to the Jamaica Gleaner, Digicel and LIME/Flow (bound to merge under the Columbus International-CWC acquisition) said they were willing to sign exchanging agreements, though no date has been set.
Jamaica’s IXP was installed in September 2014.
***
Access to the internet should be a “social right” for every Cuban, according to Abel Prieto, advisor to President Raúl Castro.
According to Prieto, Cuba must use IT to make society “more dynamic, efficient, participative and just,” to bring “sustainable human development and effective insertion in the community of nations.”
Cuba has been making strides to bring the internet to every citizen through wi-fi hotspots and lower prices. The “decolonization” of the internet, as Prieto called the process, however, remains a distant reality.

M&A watch: Liberty Global, Fortinet, DishTV – Puerto Rico, Regional
Liberty Global announced the acquisition of the entirety of Choice Cable TV, the parent company of Puerto Rico Cable Acquisition Company, for US$272.5mn.
Choice’s combined operations with Liberty Cablevision of Puerto Rico, which is 60% owned by Liberty Global and 40% by Searchlight Capital Partners, will create the largest operator on the island, with over 1mn subscriptions and more than US$390mn in revenue.
***
Cybersecurity solution company Fortinet announced the purchase of Wi-Fi networks developer Meru Networks for US$44mn.
Fortinet will add Meru’s portfolio of security solutions, reaching a global market of US$5bn and 225,000 customers. The transaction is expected to be completed in the second half of 2015.
***
US operator T-Mobile and satellite TV provider Dish are in talks to merge, which would provide T-Mobile with more spectrum. Dish owns low-band licenses in the lower 700MHz range, which T-Mobile says it needs.
The transaction is still in its early talks stage, but if it goes ahead it would give T-Mobile more spectrum than market leaders Verizon or AT&T.
The merger would also be a boost for Dish, providing the satellite TV company with a solid broadband service.

Emerging markets could lead IoT innovation – Cisco – Regional
Emerging markets could take a lead in the Internet of Everything (IoE) with microcosms of innovation that could be followed by developed nations, according to technology provider Cisco Systems.
Speaking on the sidelines of the Cisco Live conference in San Diego, Joseph Bradley, VP of IoE Practice with Cisco Consulting Services, told BNamericas that major investments in emerging markets to modernize infrastructure are making the public sector the prime mover in the internet of things or Internet of Everything as it is also known.
“The public sector is accelerating past the private sector because of the willingness to learn and share information,” Bradley said.
“I think that the lack of infrastructure in emerging markets will be a benefit as it enables them to leapfrog generations of technology that developed nations had to go through. That will make emerging markets microcosms of innovation that large cities in developed nations will look to,” he said.
Cisco has said it sees an US$870bn IoE opportunity in Latin America and US$19tn worldwide over the next 10 years. The retail and manufacturing sectors are among those that stand to benefit most from IoE, Bradley said. The retail sector has to live with low margins of 3-5% meaning inventory management is key, while the manufacturing sector has many areas that could be more efficient, such as use of energy and resources.
Both have many so-called dark assets, which are things like shopping carts that are not yet connected but which could provide retails with consumer behaviour insights in real time.
Bradley’s message on Monday was that while data is everywhere, without the analytics tools to make it relevant to the consumer, in real time it is of little use.
“Big data is worth nothing without big judgement,” Bradley said.
The executive gave examples of CrowdMed, a medical crowdsourcing platform where patients can ask multiple doctors for a diagnosis and rate the response of individual doctors.
Acorns helps students manage a budget by rounding up every expense they make and depositing the difference into a savings account. Shyp is a delivery system that helps consumers pack goods they wish to ship.
By implementing IoE solutions, Cisco predicts that retailers can generate potential Ebit gains of 15.6%.

Cisco’s Joseph Bradley says that the public sector is taking the lead in IoE (Credit: Cisco)
SMART CITIES
Cisco is participating in a number of smart city initiatives around the world and in Latin America in Guadalajara (Mexico, Quito and Guayaquil (Ecuador), Panama City, Santiago de Chile and Vitorio, Rio de Janeiro and São Paulo in Brazil.
On Monday, Cisco announced it was working with the US city of Kansas, Missouri, to build a smart connected city to transform urban services.
The public-private partnership involves multiple stakeholders, including telecoms operator Sprint, and is designed to create a platform that will lead to the creation of innovative new services and applications.
Initially the project, which envisages public investment of US$3.7mn, will include smart lighting, smart water management and a plan to bring trolleys, or streetcars, back to the city to reduce congestion and pollution.
Sprint will provide and manage an intelligent Wi-Fi network. The project also includes smart water collaborations from Black & Veatch and a CityPost interactive digital kiosks for citizen engagement that will provide location-based information and alerts through a network of interactive smart signs and smartphone applications.
Presentations were also given by the San Diego Metropolitan Transit System, which is implementing intelligent signage and the Toronto rail system Metrolinx, which has just inaugurated a new fast rail system connecting Toronto’s Union Station with Pearson International airport.
The system includes free passenger Wi-Fi alerts to changes in flight schedules, infotainment and real time monitoring of the performance of the train.

Smartphone sales reach 17,000 per hour in Latin America – Regional
Latin America is riding high on the smartphone wave: according to research firm IDC, some 17,000 smartphones are sold every hour in the region.
“Smartphones have been the big explosion in Latin America,” said Jay Gumbiner, vicepresident for Latin America for IDC. “Smartphones sell more than tablets, desktops and laptops put together every year.”
Numbers from IDC show that the two largest economies in the region account for most of the sales. Brazil and Mexico share 65% of the total sales, with Brazil accounting for 44% and Mexico 21%.
Colombia and Chile each have a 5% share of sales, with Argentina and Venezuela reaching 2% of total LatAm sales, respectively. Venezuela was mentioned as a particular case, since back in the day it used to lead smartphone sales in the region, when BlackBerry was still the reigning device.
“Venezuela was selling more than Brazil,” said Gumbiner. “It’s been a significant change in the regional landscape.”
Smartphone penetration has been growing slowly in all countries around the region. Ericsson predicted that total penetration in the region would reach 86% by 2020, compared to 43.4% in the first quarter of 2015.
In Brazil, the current leader of the region, IDC forecasts 16% growth in sales this year, up from 54.5mn devices sold in 2014. Brazil will account for 4.4% of global shipments of smartphones.

Zero ratings contravene net neutrality – Brazil’s internet bill author – Regional
Offers by mobile operators of free access to selected websites under zero rating deals contravenes the net neutrality enshrined in Brazil’s Marco Civil da Internet, the country’s internet bill of rights that went into effect in June 2014.
This is the opinion of the bill’s author, lawmaker Alessandro Molon, who took part in a seminar on network neutrality this Monday (June 9) in Rio de Janeiro.
According to local media reports, Molon said zero rating deals do not fall under either of the only two possible exceptions to network neutrality allowed under the Marco Civil: for technical issues or to prioritize emergency services.
A specific regulation on the cases in which net neutrality can be lawfully disregarded is being wrapped up by communication authorities after the conclusion of public consultation processes.
“If one wants to offer free access, then they must observe users’ freedom of choice, so that the data plan is used to access any type of service,” the congressman was quoted as saying by Convergência Digital.
On previous occasions, when questioned about the potential conflict between zero rating and net neutrality, Molon opted not to take sides. He also said that exceptions to net neutrality must be few and far between, focusing on principles, rather than being case-specific.
In Latin America, Chile’s neutrality legislation also bans zero rating deals.
Present at the same event, officials from Brazil’s telecoms watchdog Anatel backed the freedom of business models – a principle also enshrined in Brazil’s internet bill.
“Anatel believes that the numerous business models that supported the development of the internet are the basis for innovation, creation of new services and applications. If the regulation formally tried to prevent or allow these types of models in advance, this could hinder the rise of new applications,” said José Alexandre Bicalho, planning and regulation superintendent at Anatel.
INTERNET.ORG
As for Facebook’s Internet.org project, expected to be launched soon in Brazil, Molon said he did not believe a formal deal would be signed before the approval of the pending regulations in the Marco Civil.
In April Brazilian President Dilma Rousseff and Facebook CEO Mark Zuckerberg announced their intention to bring the service to Brazil, but internet freedom groups claim the initiative violates net neutrality and is a “risk” to the internet.
Facebook’s VP of global access policies, Kevin Martin, defended Internet.org and said the service is not opposed to neutrality and nor will it keep users’ data. He also said Facebook does not pay operators for free access.

CANTO Responds to “ECTEL Moving Ahead with Net Neutrality Policy” 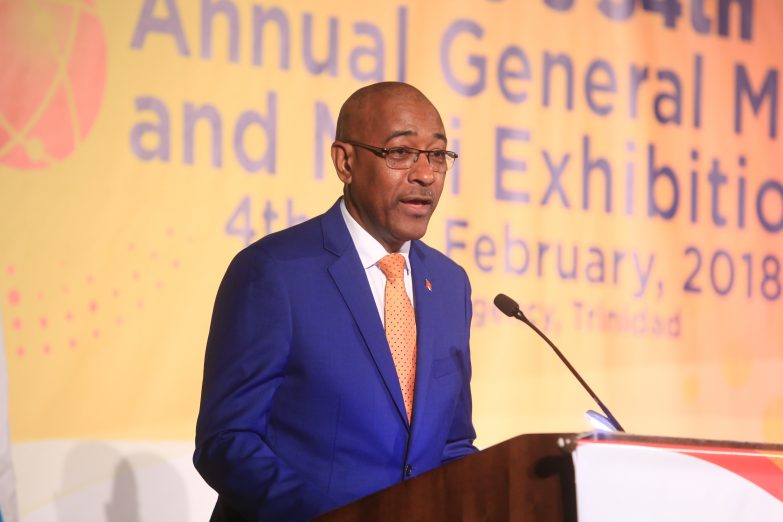