GfK: LatAm Q2 smartphone sales hurt by currency headwinds – Brazil, Regional
Latin America saw a 16% year-on-year drop in the sales volume of smartphones in 2Q15, due to currency headwinds that impacted consumer buying power, according to consultancy GfK.
Sales volume totaled 6.2bn units in the quarter, while unit sales rose 1% to 25mn. The trend differed greatly from the global average, which saw sales volume rising 7% and unit sales up 5%.
The consultancy said that the macroeconomic situation in regional powerhouse Brazil was impacting growth in Latin America as a whole.
The 1% rise in unit sales compared to 28% growth in 1Q15 and a 72% hike in 2Q14. In 2015, GfK forecasts total smartphone unit demand and sales value to drop in Brazil for the first time ever, with unit sales expected to fall 3% year-on-year, and sales value to decline 15% year-on-year.
For the whole region in 2015, sales value is expected to drop 9% to US$28bn and unit sales to rise only 2% to 111.2mn.
India is expected to be the fastest growing emerging smartphone market in 2015 given the low base from which it is growing.
In Latin America and other emerging markets with significant penetration of smartphones, those markets are entering a phase of intense price competition, which is driving down overall sales volume, while macroeconomic instability means many users will hold onto their current smartphones for longer.
“The first half of the year has seen macro events providing headwinds to top-line demand in regions like C&E. Europe, LATAM and China. However, the underlying trend of consumers optimizing their digital consumption by screen size, within affordability constraints, continues in all regions,” Kevin Walsh, director of trends and forecasting at GfK said in a statement.
“In smartphones, it manifests in trends like price point polarization in the US, the rapid screen-size increases in emerging markets and phablet market development,” Walsh added.
[GRAFICO:FIGURA:ID_2088]

4G LTE to dominate Brazilian mobile connections by 2019 – Brazil, Regional
4G LTE connections are expected to reach some 150mn in Brazil by 2019, representing 47.5% of the projected 317mn mobile accesses in the country and outpacing 3G as the dominant technology.
At 2014-end, 4G LTE penetration was lower than 2% of the market, numbering 7mn accesses. The figures are included in a study commissioned by 4G Americas from consultancy Teleco.
The expansion in 4G LTE represents a CAGR of 85% in 2014-2019.
Meanwhile, 3G will represent 32% of total active lines by that year, with 2G dropping to 35mn, or 11% of total, according to the Teleco/4G Americas forecasts.
However, 4G Americas’ head for Latin America, José Otero, warns of for the importance of accelerating the availability of the blocks of spectrum already auctioned off by Brazilian authorities in recent years – such as the 700MHz frequencies tendered in 2014, but which still depend on the analog clean-up before they are released for mobile use.
Currently, according to Otero, Brazil leads Latin America in terms of the amount of radiofrequency allocated to mobile services, with some 542Mhz, although not all of that is immediately commercially available.
Otero also called for public policies that enable LTE phones to be sold to the public at affordable prices in order to boost penetration.
Data from Teleco shows that as of June this year, 3G and 4G together accounted for 195.1mn mobile lines in the country, or 70% of the total.

Devices in LatAm: Argentina most costly, Mexico least – Regional
Argentina has become the most expensive country in Latin America in which to purchase consumer electronics devices, including smartphones, tablets and smartwatches, with prices an average 201% higher than in the US as of August 2015.
Consultancy IntegraGo studied prices in five Latin American countries (Argentina, Brazil, Chile, Uruguay and Mexico) and compared them with the US. On average, Argentina was the country with the highest-priced devices, with Uruguay a distant second, at 81% more than in the US.
At the other end of the scale, Mexico was the country with the smallest difference with US prices, at 28%. In between were Brazil, with prices 46% higher than the US, and Chile at 33%.
Broken down by device, Argentina was still the most expensive for tablets (203% more expensive that in the US), smartwatches (247%) and smartphones (243%). For tablets, the lowest premium is in Brazil (25%), followed by Mexico (27%).
For smartphones, Chile and Mexico tie as the countries with the least expensive models, at 39% above prices in the US, whereas smartwatches are cheapest in Mexico (53%) followed by Chile (72%).
Focusing on brands, Motorola is the smartphone with the most noticeable price change, costing some 349% more in Argentina than in the US. Apple’s iPhone is the smartphone with the least price difference, costing only 8% more in Mexico.
Devices are traditionally more expensive in Latin America than the US, accounting for currency exchange and inflation, particularly in the case of Argentina. The South American country was named the nation with the most expensive iPads in 2013.
Apple products are consistently more expensive across the region, with iPhones being almost double the price in Brazil than in the US, and Apple watches clocking in at 25% more expensive in Mexico.

Telcos-OTT deals in LatAm skyrocket despite carriers’ criticism – Regional
Often depicted by telecoms operators as ‘revenue-takers’ or unfair competitors, over-the-top (OTT) applications are increasingly moving side-by-side with carriers.
According to the latest Telco-OTT Tracker report by consultancy Ovum, 24 partnerships between operators and OTT companies were closed in Latin America in the first half of this year.
This represents nearly half of the 56 deals closed since 2010, when Ovum produced its first report on the topic. Brazil accounts for 16 of this total.
Worldwide, Ovum estimates that some 557 deals have been closed in the last five years, with Asia-Pacific leading (176 deals), followed by Europe (171), the Americas (115), Africa (71) and Middle East (24).
Social networks and music are the services most sought by operators worldwide for deals with OTT providers, accounting for 21.5% and 21.0% of the total, respectively. Video services (19.7%), messaging (13.6%) and VoIP (10.1%) are other carriers’ ‘favorites’.
In Latin America, music, social networks and messaging stand out, as shown by the packages launched by mobile operators offering “free” access to WhatsApp, Facebook and Twitter.
According to Ovum, all the major carriers and even mobile virtual network operators (MVNOs) in Colombia have WhatsApp included in their packages. Brazilian operators TIM, Claro and Oi have already announced deals that include apps in plans without charging customers for the data needed to use them.
In Mexico, in 2013 Telefónica’s Movistar launched an aggressive plan for postpaid clients with free access to WhatsApp, Facebook, Twitter and Spotify.
It should be noted that Movistar’s approach is the exact opposite of that of Telefonica Brasil – whose CEO Amos Genish recently said WhatsApp was a “pirate” service and that his company would “never partner” with them.
Ovum principal analyst for LatAm, Ari Lopes told BNamericas that the difference in the strategies adopted by the Telefónica group in Brazil and Mexico can be explained by the distinct positions the group occupies in both markets.
“In Brazil, Vivo is the market frontrunner, whereas in Mexico and Colombia, Movistar is a ‘challenger’, he said – therefore these deals end up making more sense,” Lopes said.

Costa Rica’s ICE claims discriminatory treatment by Sutel – Costa Rica
Costa Rican state-owned telco ICE has filed a legal protection measure against telecom regulator Sutel, claiming that the watchdog’s outdated practices result in discriminatory treatment.
ICE argues that Sutel has not updated its guidelines and market studies since 2009, when it published resolution RCS-037-2009, in which it recognized 18 relevant geographical markets in the country. The resolution named ICE as the only dominant operator on the basis that it was the only provider that had control of essential infrastructure.
The resolution also stated that Sutel would name any provider that had its own infrastructure as a dominant operator .
ICE argues that since 2011 competing operators have owned their own networks and infrastructure, but Sutel has not named any other dominant players.
José Luis Navarro, manager for regulatory relations at ICE, said that a revision of the resolution would prompt Sutel to update its list of dominant players. “But since the revision is not underway, there is a situation of regulatory imbalance in a very dynamic industry,” he said in a press release.
ICE is currently fighting Sutel over a fine for monopolistic practices applied back in 2012, which the operator claims it should not have to pay. ICE maintains that it is the only Costa Rican operator susceptible to such fines, because no other provider is considered dominant.
A panel of experts from academia, international institutions and industry players determined that Sutel’s view of the market dates back to when Costa Rican telecommunications were still a monopoly.
Costa Rica opened up the telecoms sector in 2009. It was previously monopolized by ICE, but now there are other players, even though ICE is still the most powerful of them. In an unprecedented move, the operator announced in May that it would start a process to eliminate regulation of tariffs.
The watchdog plans to start an investigation into the market to see whether there is real competition and, if that is found to be the case, will let the operators set their own fees. 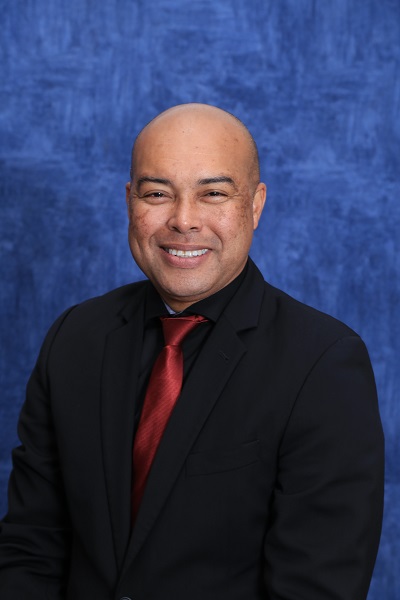 Mike Antonius of Telesur Elected to CANTO’s Board