Finnish companies set eyes on Mexico’s wholesale network – Mexico, Trinidad & Tobago
Finnish companies are eager to learn more about Mexico’s wholesale network initiative, particularly the project’s impact on internet of things-related applications, said Juha Sipilä, prime minister of Finland.
During the third Latin American conference on spectrum management in Mexico City, Sipilä said Mexico could be the most exciting market in terms of ICT and IoT growth, local daily El Universal reported.
Juhani Hintikka, CEO of Finnish telecom software specialist Comptel, told Mexican business daily El Financiero that his company wants to provide state-of-the-art software to the consortium that wins the concession for the wholesale network.
Comptel’s plans for Mexico involve replicating the success it achieved in Australia, where it provides service platforms to the wholesale, open-access National Broadband Network, said Hintikka.
The company operates in 90 countries and offers services to carriers, such as Telefónica, Vodafone, and Claro.
Finnish ICT company Nokia has also expressed interest in becoming a service provider for the wholesale network.
None of the Finnish firms have mentioned the possibility of participating as investors.
At the conference, Gabriel Contreras, head of Mexican telecom regulator IFT, said the economic competitiveness analysis on the shared network should be ready by October 17, as bids are due October 20.
Contreras stressed that the authorities have worked to ensure the wholesale network presents a highly competitive tender. Nonetheless, the number of interested parties remains unknown.

Regulator awards 3G/4G spectrum in French overseas markets – Caribbean, French Guiana
French telecom regulator Arcep has awarded 3G/4G licenses in the French overseas markets of French Guiana, Reunion, Mayotte, Gualeloupe-Martinique and St Barthelemy-St Martin.
In May, Arcep received 25 bids for 3G and 4G LTE unassigned spectrum in the 800MHz and 2.6GHz bands that remains unassigned in these overseas markets, along with spectrum still available in the 900MHz, 1800MHz and 2.1GHz bands.
Arcep decided not to allocate the spectrum through an auction, but opted instead to assign scores to applicants based on five non-financial selection criteria: the project’s consistency and feasibility; consistency and feasibility of the business plan; regional digital development considerations; contribution to stimulating the market; and job creation and investment.
Paris-based Iliad confirmed in a press release that it had been granted spectrum in Guadeloupe, French Guiana, Reunion Island, Martinique, Mayotte, Saint-Barthelemy and Saint-Martin.
The company received an 800 MHz license in four of the five overseas markets, while receiving spectrum in the other available frequencies in French Guiana (1800 MHz, 2.1 GHz, 2.6 GHz and 900 MHz).
The Océinde Group’s ZEOP Mobile obtained a license for Réunion. All territories now have four operators each.
Iliad said it plans to invest around 100mn euros (US$110mn) in rolling out network infrastructure and will be launching 4G in Reunion Island and Mayotte in the coming months – and start rolling out its network in the other territories in the short term.
“The group will put an end to the totally unjustifiable price discrimination that currently exist between the French overseas departments and Metropolitan France,” said Iliad.

Encrypted Internet traffic on the rise in LatAm – Regional
Encryption of internet traffic is increasing in Latin America as social media and video usage skyrocket and content providers seek greater security.
According to a study by intelligent broadband network solutions provider Sandvine, the level of encryption of internet traffic will double to 80% in North America this year.
Encryption does not mean that traffic is undetectable, rather it means the content is private, said Sandvine sales engineer Regis Martins.
Encrypting traffic does have its downsides, namely using up more processing power and affecting battery life.
It can also negatively impact video optimization and caching solutions, which operators have deployed to improve efficiency of network use.
As much as 98% of Youtube traffic is encrypted today. Netflix has not been encrypting traffic but will start doing so.
The type of internet traffic to be encrypted will differ between North and South America.
In North America, the leading source of internet traffic is Youtube and Facebook comes second, whereas in Latin America, the leading source of traffic is Facebook, followed by Whatsapp and Youtube in fourth place. Google cloud is third in Latin America but only seventh in the US.
The difference is predominantly due to the popularity of the iPhone in North America, whereas Android is the most popular mobile operating system in Latin America. On the same note, Whatsapp does not have anywhere near the same relevance in North America as it does in its southern neighbor.

Movistar hits subscriber milestone in Costa Rica – Costa Rica
Movistar reached 2mn mobile subscribers in Costa Rica, increasing its market participation to 25%, local daily El Financiero reported.
At the end of last year, Movistar had a market participation of 22% with 1.6mn subscribers, according to data from regulator Sutel. State-run ICE had 4.3mn subscribers and 58% of the market at the end of 2015, while Claro’s subscriber base amounted to 1.4 users, or 19% of the market.
The number portability scheme helped the telco gain over 400,000 subscribers, El Financiero reported Johanna Escobar, director of Movistar Costa Rica, as saying. Portability was launched in Costa Rica in 2013.
Movistar has implemented aggressive plans in order to gain subscribers, including a free three-month trial for postpaid services and free regional roaming, which was also adopted by competitor Claro. The free roaming service was not well-received by ICE, who filed anti-competitive complaints before Sutel. 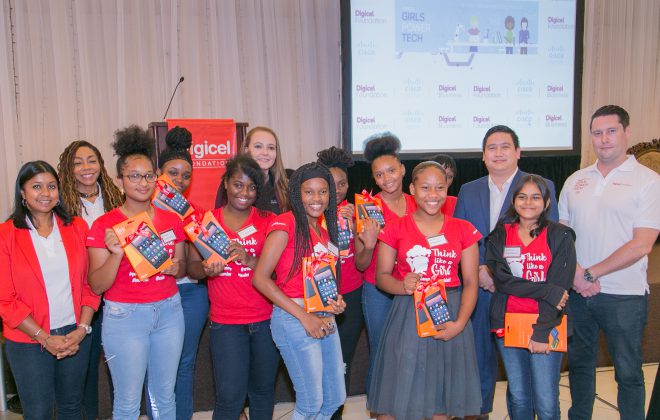 Investing In “The Next Gen of Women”