Claro Puerto Rico to launch high-speed mobile network in 2017 – Puerto Rico
América Móvil’s Claro subsidiary is investing US$370mn on modernizing its network in Puerto Rico, which will offer mobile subscribers speeds of up to 100Mbps by mid-2017.
The initiative will combine Claro’s recently awarded blocks in the AWS and 700MHz bands and carrier aggregation technology, which allows for greater speeds and 230% more coverage, local daily El Nuevo Día reported.
The telco’s sister company, Claro Perú, registered improved speeds and coverage after using its block in the 700MHz band.
The mobile data of the Puerto Rican subscriber base jumped 60% in the first half of this year, said Enrique Ortiz de Montellano, CEO of Claro Puerto Rico. Furthermore, it is estimated that mobile data use will reach 22GB per subscriber each month by 2021.
Considering the high growth rates, Ortiz de Montellano noted that it is necessary to make the expected data consumption viable.

C&W Communications expands network With Ericsson – Caribbean, Panama
Press release
By C&W Communications
Ericsson (NASDAQ: ERIC) and C&W Communications (C&W), one of the largest full service communications and entertainment providers in the Caribbean and Latin American region, now part of Liberty Global (LiLAC Group) today announce the delivery of a complete network expansion for C&W across their operations in the Caribbean and Panama. The expansion includes hardware, software, licensing and services for C&W brands FLOW (Caribbean), BTC (Bahamas) and CWP (Panama).
In addition, C&W’s network expansion will provide all C&W markets across the Caribbean and Panama access to software upgrades and the opportunity to migrate to the Ericsson Software Model, which provides operators with the best available performance through a simple and transparent upgrade subscription. With 3G and LTE, C&W customers will benefit from a network capable of supporting advanced technologies and other high-speed features designed to provide a better user experience.
“Ericsson is committed to providing C&W Communications with excellence in end-user satisfaction and delivering best-in-class results. In the journey that we envision undertaking with C&W, Ericsson will provide solid guidance and support throughout all of the project’s critical phases, enabling C&W to provide its customers with the best in mobile connectivity solutions,” said Clayton Cruz, Vice-president, Ericsson Latin America and Caribbean.
“We are happy to once again partner with Ericsson in this network expansion project across all of our markets. Considering the clear trend in the growth of subscribers, mobile data and smartphone usage, C&W’s key objective is to deploy a mobile network with world-class quality, performance and operational convenience in order to exceed our customers’ expectations,” said Carlo Alloni, Executive Vice-president and CTIO, C&W Communications.
According to the latest Ericsson Mobility Report, by 2021, smartphone subscriptions in Latin America and the Caribbean will comprise 65% of all mobile subscriptions; LTE will account for approximately 30% of all mobile subscriptions, representing more than 250 million mobile subscriptions. In addition, mobile data traffic is expected to grow nine times in the region by 2021, reaching 75% of all mobile traffic.
To meet these increasing traffic demands, C&W’s network expansion increases site capacity, improves the performance of the existing network through hardware and software upgrades, facilitates the implementation of carrier aggregation, and allows for the addition of small cells. The expansion is currently underway and expected to be completed in November 2016.
Ericsson is present today in all high-traffic LTE markets, including the US, Japan and South Korea, and handles the most global LTE traffic. In addition, 40 percent of the world’s total mobile traffic is carried over Ericsson networks. More than 270 LTE RAN and Evolved Packet Core networks have been delivered by Ericsson worldwide, of which 200 are live commercially.

Vietnam’s Viettel interested in Dominican Republic debut – Dominican R.
Vietnamese-owned telco Viettel has expressed interest in expanding its Latin American operations into the Dominican Republic, according to telecom regulator Indotel.
Vietnam’s ambassador to Cuba Duong Minh expressed his country’s interest in investing in telecommunications and IT in the Dominican Republic, during a meeting last week with Indotel’s president José Del Castillo Saviñón.
Viettel, though its brand Bitel, offers mobile telecommunications, fiber optics and other broadband services in Cuba, Mexico and Peru.
According to the Indotel’s June figures, there were 8.85mn mobile users in the Caribbean nation of which 77% were prepaid.
The Dominican Republic has four mobile operators. Claro (América Móvil) was the largest operator with a 51% market share followed by Orange (Altice) (40.7%), Viva (Trilogy International Partners) (4.33%), and Tricom (3.34%).
In Peru. Bitel saw fast growth reaching 1mn subscribers in October, 2015, one year after launch. In June this year, Bitel was the fourth largest mobile operator with 2.49mn (6.80% market share) subscribers, according to local regulator Osiptel.

Cuban authorities repairing telecoms after Hurricane Matthew – Cuba
Cuba’s communications minister Maimir Mesa travelled to Baracoa municipality in Guantánamo province in the east of the island to coordinate the restoration of the country’s fiber optic network in the aftermath of Hurricane Matthew.
A national fiber optic brigade is working on reaching Maisí and Imías municipalities, which currently lack telephone communication services and have become isolated from the rest of the country, according to state-owned telco Etecsa.
Aníbal Andrés, head of outside plant operations at Etecsa, said telecom services have been reestablished in the badly hit San Antonio del Sur area, Cuban daily Sierra Maestra reported.
Andrés also mentioned that 10 phone line brigades from several provinces are on their way to Guantánamo and are waiting for highway transit to resume so that they can move to other affected areas.

Telefónica demonstrates data speeds of 800Mbps in 4G network – Regional
Press release
By Telefónica
October 12, 2016
Telefónica, Nokia, and Qualcomm Technologies, Inc. have demonstrated download speeds of up to 800 Mbps. in mobile terminals, obtained with the implantation of several technical advances in the operator’s 4G radio network.
Nokia radio network equipment was used in the demonstration; Nokia is one of the main suppliers of 4G radio network in the world and also of Telefónica Spain. Also used in the demonstration was a test terminal equipped with the Qualcomm® Snapdragon™ X16 LTE modem.
Several technical advances were combined in order to reach the download speed of 800 Mbps., advances such as the incorporation of two carriers that allow mobile terminals to simultaneously download data from two frequency bands: MIMO 4×4 technology (Multiple-input Multiple-output), which multiplies the number of data flows that a mobile terminal can use with a given cell, and the new 256QAM modulation (Quadrature Amplitude Modulation), which allows the use of a greater amount of bits per signal transmitted through the air.
All of these technological advances will be introduced into the Telefónica Spain radio network in order to gradually increase the speed that mobile terminals can reach; the chipset used in the pilot test will be used in advanced, next generation smartphones.
For Director of Operations and Network at Telefónica Spain, Joaquín Mata: “We still have a long way to go to reach 5G. We first have to move forwards in the development of LTE networks. And that’s what we’re doing with partners such as Nokia and Qualcomm. Today’s test is one more milestone in Telefónica’s commitment to bringing the best Mobile Broad Band network capabilities and best services to all customers. Without a doubt LTE-A will greatly surpass data transmission speeds of 1 Gbps in the next few years. Today, after having reached 800 Mbps, we’re a little bit closer”.
“We’re pleased to have worked with Telefónica and Nokia in the achievement of this milestone. 4×4 MIMO and 256QAM, both of which are supported by our Snapdragon X16 LTE modem, offer the operator significant advantages in terms of speed and capability, and we will continue to collaborate with all the parties involved so as to transfer this improved usage experience to the end user”, said Enrico Salvatori, Senior Vice-President and President of Qualcomm Europe, Inc.
Agustín Menchén, Telefónica Spain Mobile Networks Account Director for Nokia, commented: “The demand for data continues to accelerate while operators evolve their networks to carry out new opportunities and challenges. With this simple update to 4.5G we have demonstrated that our technology is absolutely prepared to help Telefónica respond to the growing demand for data. Our 4.5G technologies. 4.5G Pro and 4.9G provide operators with a smooth transition evolutionary path in order to increasingly offer more capabilities and make the usage experience more attractive while developing new business opportunities”. 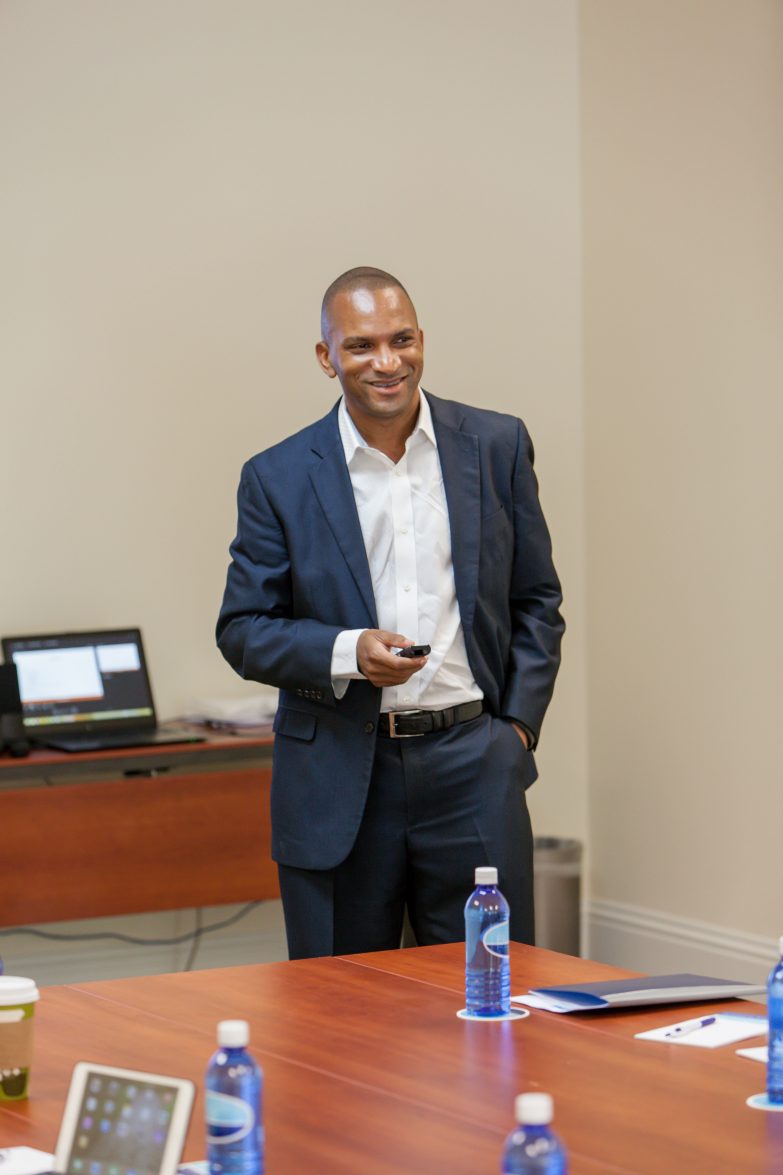