Cuban state telco Etecsa will give citizens the chance to act as self-employed telecommunications agents for the company through the work and social security ministry’s resolution no. 42, dated August 22, Etecsa said in a release.

The agents will be able to offer services and products for Etecsa from their homes, such as commercial information about the company, the sale and topping up of prepaid phone and internet cards, billing services and the provision of local and long distance, domestic and international calls.

The firm’s current agents will be the first to have the opportunity to apply for self-employed status, said Etecsa.

The deal includes Altice’s use of the Orange brand within a defined framework. Orange Dominicana’s purchase is subject to the approval of local authorities and will also be submitted to the Orange board of directors for approval during the week of December 9, Altice said.

Altice also expects to finalize a deal with Caribbean consortium Grupo Leon Jimenes to join as local partners on Altice’s telecom investments in the Dominican Republic, including Orange Dominicana and Tricom.

This month, Altice’s subsidiary Altice Caribbean signed a deal to take over 88% of Tricom, which provides telecommunication and cable services to more than 800,000 customers in the Dominican Republic.

Orange Dominicana holds a share of roughly 40% of the Dominican Republic mobile market, with América Móvil (NYSE: AMX) subsidiary Claro holding approximately 50% while Viva and Tricom make up the balance.

Chile, Colombia, Mexico and Peru are the founding and only full members of the Pacific Alliance, which was officially launched in June 2012.

This in turn could jeopardize the regional integration efforts that Latin America – and the Caribbean – should be pursuing to be able to speak with a single and stronger voice in global affairs, including economics, commerce and politics, he said, and added that a fragmented integration in Latin America was something “unacceptable.”

Lagos called on the governments of the Pacific Alliance to invite the countries on Latin America’s Atlantic coast to join the bloc. He also told reporters after the seminar that an important regional country like Brazil should already have been invited to join.

The minimum requirement to become a member of the Pacific Alliance is to have free trade agreements in place with all the founding members. Some 20 nations from Latin America and other regions of the world currently have observer status in the bloc and the only two observer countries that have candidate status are Costa Rica and Panama.

The Pacific Alliance nations have a combined population of around 210mn and represent approximately 50% of trade in Latin America.

Lagos – who governed Chile from 2000-06 – also raised concerns about the lack of transparency that has surrounded the TPP talks.

The TPP is a free trade initiative that is under negotiation and includes countries like Australia, Brunei, Chile, Canada, Malaysia, Mexico, New Zealand, Peru, Singapore, the US and Vietnam.

Lagos mentioned reports by Wikileaks and the New York Times on the issue. He said that negotiations are by their very nature private, but basic information is usually shared by negotiators with their fellow countrymen regarding the main issues on the table and the progress being made.

“The TPP suffers from a serious lack of transparency, threatens to impose more stringent copyright [rules] without public input, and pressures foreign governments to adopt unbalanced laws,” according to an article on the TPP from the Public Knowledge website.

As for Chile, the former president recommended that the country approach the TPP initiative with caution as it could lead to a review of the free trade agreement that Chile already has with the US. The areas of intellectual property and financial services could be at the greatest risk, according to Lagos.

Caribbean telcos Digicel and Cable Wireless Communications (C&WC) are not interested in bidding for Dominican Republic operator Orange Dominicana despite rumors to the contrary, sources familiar with the process told BNamericas.

In recent months, press reports have linked both Digicel and Cable & Wireless Communications (C&WC) to a potential bid for Orange Dominicana, which is a unit of French parent Orange.

A source from Digicel said “We did not submit a bid and are no longer looking at this opportunity.”

The Financial Times reported on Sunday that telecoms and media private equity group Altice is in talks to acquire Orange Dominicana for 1bn euros (US$1.350bn).

It reported Orange’s CEO Stephane Richard as telling a conference in Barcelona held by Morgan Stanley on November 22 that the company was close to selling Orange Dominicana, but did not reveal details.

Orange Dominicana’s director Jean-Michel Garrouteigt raised some doubt about the rumored sale in October after saying the company had new offers in the pipeline and planned to continue investing to improve its network.

Orange Dominicana has a market share of 40% in the Dominican Republic. América Móvil’s (NYSE: AMX) subsidiary Claro has more than 50% of the market, while Viva and Tricom together make up about 10%. French parent company Orange is aiming to reduce its 39.2bn-euro (US$53.5mn) debt.

The study that covers Argentina, Chile, Brazil, Mexico, Colombia and Venezuela claims that despite the increased penetration of smartphones, mobile broadband penetration is still limited due to high prices and low service quality.

Carriers are focusing on expanding their 3G and 4G network coverage and increasing data revenues to offset losses in voice revenues due to mobile termination rate cuts, the report said.

According to Frost there is “tremendous promise” for mobile services with growing demand for M2M and mobile broadband services.

Delays in spectrum auctions and restrictions on convergence and multi-play offers are also a cause of concern in some countries, while the implementation of mobile number portability and expansion of MVNOs have not had the desired impact in encouraging competition in the highly concentrated markets, meaning low-quality services and high prices persist.

”In this scenario, mobile carriers must offer voice and data as well as innovative value-added services that can meet customer requirements, while maintaining reasonable service quality and generating free cash flow,” said Jordan. 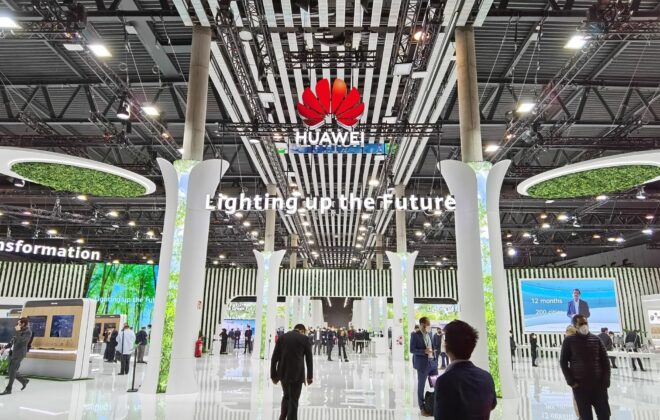 Industry News, Press Releases, Telecom News
has been added to the cart. View Cart
0
0
Your Cart
Your cart is emptyReturn to Shop
Continue Shopping