UK firm Cable & Wireless Communications (CWC) has said that it is considering options for its Seychelles business after the sale to Batelco Group fell through because it didn’t get the necessary approvals, CWC said in a statement.

“Cable & Wireless Communications has been notified that all necessary approvals for the sale of its business in the Seychelles to Batelco Group have not been granted,” the company said.

“Accordingly, that disposal did not complete by the long-stop date agreed with Batelco and CWC will be considering its options for the Seychelles business.”

CWC had reached a deal to sell operations in the Maldives, the Channel Islands and Isle of Man, South Atlantic, Diego Garcia and the Seychelles for US$580mn on a cash and debt free basis earlier in the year.

It had delayed the sale of the Seychelles in August, setting a new December deadline, because it hadn’t got regulatory approval.

The company has said it is renewing its focus on the pan-American region consisting of the Caribbean, where it operates as LIME, and Panama.

On Monday equities researchers at Nomura increased their target price on shares of CWC from 42 pence to 44 pence.

The firm currently has a “reduce” rating on the stock. Nomura’s price target would indicate a potential downside of 7.74% from the company’s current price.

The Eastern Caribbean Telecommunications Authority (Ectel), the telecoms regulator for the island nations of Dominica, Grenada, St Kitts and Nevis, St Lucia, St Vincent and the Grenadines, has published a request for expressions of interest for a consultant to implement price cap plans.

Ectel is asking for an economist or financial advisor with specialist knowledge of telecommunications policy with at least five years’ experience in retail tariff regulation and price cap plans.

Expressions of interest must be received by Ectel by December 12.

With the formation of the Caribbean Telecommunications Union (CTU) in 2008, Caribbean countries have been pooling their efforts to improve telecommunications infrastructure in the region as a whole, even focusing in on specialty areas such as cyber security.

Irish-owned mobile operator Digicel has launched 4G LTE services across the Cayman Islands with 99% population coverage, the company said in a statement.

According to Digicel, the launch, which occurred on November 28, comes only 11 weeks after being awarded a spectrum license to offer the services.

From Nov 29-Dec 5, Digicel will offer access only to those in its early adopter LTE program. During this period customers will be offered the opportunity to pre-purchase devices and sign up for a plan. Once the device is activated it will be delivered on Friday, Dec 6.

“LTE will significantly reposition the Cayman market, customers want more real-time applications and content-rich entertainment services delivered to their mobile devices. 4G LTE is definitely the way to do it. The Cayman Islands continues to lead the region with the latest in innovation and world-class services which will support growth in its key industries,” Kurt Tibbetts, minister for planning, lands, agriculture, housing and infrastructure, commented.

Digicel has progressively been upgrading its networks to 4G HSPA+ and LTE. As of May this year, 16 of Digicel’s 31 markets had HSPA+ and one, Antigua and Barbuda, had LTE. The company was also granted an LTE license in the 700MHz band in February for Turks and Caicos.

The company will have LTE compatible devices on offer, ranging from entry-level smartphones such as the Alcatel or Sony SP, through to the latest LTE enabled Samsung S4. A range of tablets will also be available.

Ecuador can increase its GDP by some US$7.25bn between 2013 and 2017 through the development of ICT, the country’s strategic sectors and telecommunications minister, Rafael Poveda, said.

ICT growth will additionally generate 521,800 jobs in that time, according to a release by telecoms ministry Mintel.

Ecuador has implemented policies which aim to provide ICT access to all citizens, and stimulate the growth of society and the economy, as well as contribute to the elimination of the digital divide, telecoms minister Jaime Guerrero said.

The country’s real GDP reached US$63.7bn in 2012 and is set to maintain growth rates of above 4% in the coming years, reaching 77.6bn in 2017, according to IMF statistics, suggesting that ICTs will play a significant role in driving future GDP growth in Ecuador.

The growing contribution of ICT to GDP is part of a wider trend in Latin America. The region’s mobile industry alone will account for 3.8% of GDP in 2013, with that figure increasing to 4.5% in 2020 as the impact of mobile data increases, and a broad range of new applications and services in areas including financial services, healthcare and education continue to be developed.

The telecoms industry contributes to GDP in a variety of ways, beyond simply the profits of players such as mobile operators, device manufacturers and distributors.

While the direct contribution of such companies is significant, the largest contribution which the mobile industry makes to Latin America’s GDP is through productivity increases in the economy as a whole as a result of the workforce having access to voice and data services, according to a GSM Association (GSMA) report.

Ecuador currently has a high level of penetration of mobile voice services, and mobile data is growing strongly, with almost 4mn mobile broadband lines active in the country as of the end of Q2, according to technical superintendency Supertel’s statistics.

However, fixed broadband penetration remains relatively low, with under 1mn active lines as of the end of June.

Given the country’s low fixed broadband penetration, mobile operators have an opportunity to meet demand for broadband services and capture a large share of new broadband customers, according to Pyramid Research.

Fixed broadband is also expected to grow rapidly in Ecuador, and the government has invested significantly in fiber optic infrastructure in recent years, but this growth is coming from a lower user base.

Uruguay and Chile are perceived to be the least corrupt countries in Latin America, according to Transparency International’s 2013 Corruption Perceptions Index.

The countries ranked as being perceived to be the most corrupt in the region were Venezuela, Paraguay and Honduras.

The index ranks 177 countries based on how corrupt their public sector is perceived to be, with a score of 0 indicating “highly corrupt” and 100 indicating “highly clean.” It is created from the results of surveys with experts and businesspeople who rate public institutions such as political parties, police and justice systems.

Uruguay’s score rose by one point from the 2012 index to 73 to be ranked number 19 worldwide, bringing it level with the US, while Chile dropped slightly to 71 points and was ranked 22 globally.

The biggest changes in Latin America from the 2012 index were seen mainly in Central American countries, with Guatemala and Honduras falling by 10 and 7 places in the worldwide ranking respectively, with scores of 29 and 26, while Nicaragua also ranked behind its 2012 score.

Argentina and Brazil also dropped four and three places respectively compared to last year, with scores of 42 and 34.

Overall for Latin America and the Caribbean, Barbados is ranked above Uruguay and Haiti below Venezuela.

Globally, the ranking was topped by Denmark and New Zealand with 91 points each, while Somalia, North Korea and Afghanistan came last with a score of just 8 each. 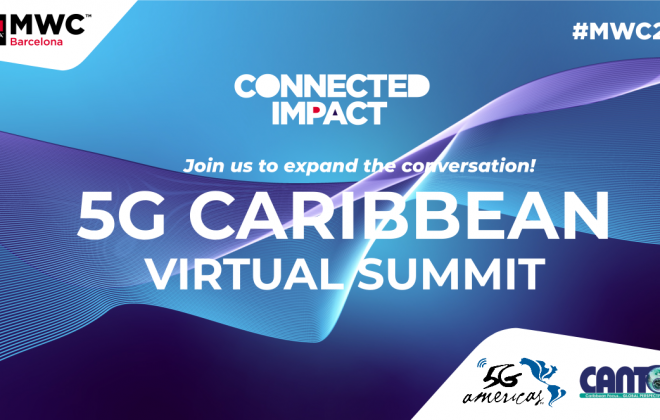 5G Americas, GSMA & CANTO to co-host Virtual Summit about 5G in the Caribbean during MWC 2021