Digital transformation: If you can’t beat them join them – Regional

The government of Guyana has allocated US$37.6mn to implement the first phase of the Smart Guyana broadband initiative to expand the e-Government network, according to finance minister Winston Jordan.

The administration will upgrade the existing LTE network and efforts will be made to construct datacenters, improve capacity, outfit schools and e-libraries, launch e-health initiatives and increase security through closed circuit cameras, according to the government website.

Some 2.3bn Guyanese dollars (US$11mn) will be invested in 2018 and on completion it will see over 89,000 residents in 170 communities gaining access to over 200 eGovernment ICT hubs.

Puerto Rico’s telecommunications infrastructure, which was devastated by Hurricane María in September, is expected to be almost fully restored by end of December.

Sandra Torres, head of telecoms regulator JRT, was quoted by daily Metro at a public hearing as saying that 95% of the infrastructure should be operational next month.

Nevertheless, the latest report from US regulator FCC reveals that a lot of work remains to be done. As of November 27, some 28.4% of the country’s cell sites were still out of service, while 16 out of the island’s 78 counties have over half of their cell sites offline. The counties of Aguada, Camuy, Guayanilla and Lajas have 100% operational services.

According to the electric energy authority (AEE), some 95% of Puerto Rico’s 2,671 base stations were damaged by the hurricane, and 1,622 are currently operational.

In June, AINMT and NII entered into an agreement in which the former would invest US$50 million for a 30% stake in Nextel.

Under the deal, closed one month later, AINMT would be allowed to invest an additional US$150mn in Nextel for another 30% stake, thus achieving a 60% controlling share.

Amazon Web Services (AWS) plans to open a new office in Argentina to boost support and hone in on opportunities in the local market.

Among others, the Argentine office is meant to improve customer relations.

Hivenets are clusters of compromised devices which leverage self-learning to target vulnerable systems at an unprecedented scale.

Just days after completing the merger of its Dominican Republic operators Tricom and Orange, the Financial Times reported rumors that telco Altice plans to sell its Dominican operations as part of its efforts to cut debt.

Telecommunications company Avaya has used its passage through Chapter 11 bankruptcy restructuring proceedings to reinvent itself, evolving from a hardware-centric IT company to one focused on software and services and assisting companies in their digital transformation.

Ricardo Janches, managing director for Latin America, told BNamericas that Avaya has not suffered a negative impact from the Chapter 11 procedures from which the company is expected to emerge before year-end.

Spanish operator Telefónica has reiterated interest in participating in the upcoming auction for spectrum in the 2.5GHz band in Mexico, but only if the price for the tendered blocks is lower than what its competitors paid for the AWS band last year.

Improved telecoms infrastructure coverage, less regulation, better service quality, more efficient spectrum use and an institutional framework that encourages the development of a digital ecosystem are the five main recommendations for Chile detailed in a report by the GSMA.

GSMA’s Latin America director Sebastián Cabello said the five-point strategy will be necessary to prepare the way for 5G, which is expected to see its first commercial rollouts in 2020.

BNamericas speaks to Mike Chang, technology planning lead for Huawei R&D in the US about the company’s smartphone and mobile device strategy with AI, particularly the Kirin 970, the Chinese company’s new flagship system-on-a-chip that has built-in artificial intelligence computing capabilities.

Mercosur countries Brazil, Argentina, Uruguay and Paraguay are studying the creation of an international fund to support science and technology in the bloc.

The proposal emerged at the meeting on science and tech in Brasília, and is likely to be thoroughly discussed during the group’s next meeting, scheduled for June 2018.

After a sequence of “three good years,” 2017 was a “great” one for IBM in Brazil and crowned the centenary of the company’s operations in the country, IBM Brasil president Marcelo Porto said.

According to Porto, the company’s business model relying heavily on recurring revenues works as a “cushion” to absorb external impacts, which helps explaining why IBM sailed relatively well through the recent recession in Brazil.

Sales of Phablets (smartphones with a screen size of 5.5-7 inches) will outpace growth in smartphones from 2017-2021, according to leading IT consultancies.

According to IDC‘s latest Worldwide Quarterly Mobile Device Trackers, the total smartphone market will grow at a 3.0% CAGR over the forecast period, reaching 1.7bn units in 2021 compared to 1.5bn units in 2017.

Phablets, meanwhile, will grow at an 18.1% CAGR over the five-year period from 611mn units to 1bn units.

“In 2012, phablets were just 1% of smartphone shipments and now they are approaching 50% of the market just a few years later,” said Ryan Reith, program vice president with IDC’s Worldwide Quarterly Mobile Device Trackers.

“Consumers continue to consume more video entertainment, gaming, social media, and other data-heavy applications on their smartphones making the display size and type a critical factor in smartphone buying decisions,” he added.

Samsung’s early dominance of the phablet category was short lived and Chinese OEMs have quickly pushed the category into the mainstream and even low end.

Apple has made a massive push into the phablet space and IDC expects its Plus and X devices to account for 41.2% of shipment volume in 2017 and 50% or more of Apple’s iPhone shipments in 2018.

According to Gartner, all of the top five smartphone vendors achieved double-digit growth in the third quarter apart from Apple, which saw 5.7% growth.

Xiaomi achieved the strongest growth, showing an 80% increase in Q3. Most of Xiaomi’s growth came from markets other than from China, where it faces strong competition from Huawei, Oppo and Vivo. India continues to be the biggest and highest-growth market for Xiaomi outside China, but growing sales from Latin America and Russia are also boosting its sales.

Digital transformation: If you can’t beat them join them – Regional

Latin America needs to take advantage of the areas of expertise that it has to compete globally in the digital revolution and that will often require allying with other countries, technology experts said this week.

Speaking during a panel at the IoT & Tech Forum in Santiago, Aníbal Carmona, president of Argentina’s software industry association Cessi said that in revenue terms Taiwan exports in technology three times what Argentina does in soya.

“If you can’t compete with them, join them,” Carmona said, adding that Latin American countries can’t compete with Asia in producing hardware and need to concentrate on designing software for analytics, big data, and artificial intelligence and tailor these for the industries of their expertise.

Argentina exports US$1.6bn in software per year but has the potential to export US$6.5bn in knowledge-based services.

“The speed at which this is happening is the differentiator. There has always been change. It took 50 years to reach the first 75mn phone users. Today Pokemon Go reached that level of users in 10 days.”

“We need to take the bull by the horns. In Argentina, we need to create in four years a system with 100,000 programmers, double the amount we have today.”

Luis Enrique Mejía, projects director for Coporación Colombia Digital said that through the Vive Digital program, Colombia had ensured that the telecommunications infrastructure was in place and now 80% of homes are connected.

This foundation must be built on by creating an app economy and starting with digital government.

“We understand the process of digital transformation beyond acquiring a technology asset, [also as] reflecting on how to take decisions using it, improving quality of life, creating business models and competitiveness,” Mejía said.

According to Carmona of Cessi, “we have to develop digital skills and learn to survive in the water. The Uberization of the economy is profound and change is always around the corner. Innovate or die.”

Carmona underscored the importance of embracing the new generation of employees, the millennials, who will make up 50% of the global workforce in 2020. 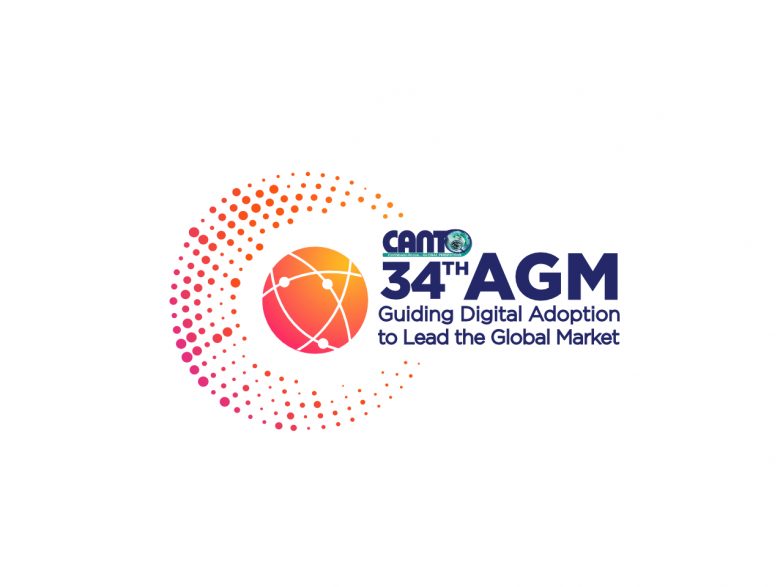 Events, News
has been added to the cart. View Cart
0
0
Your Cart
Your cart is emptyReturn to Shop
Continue Shopping