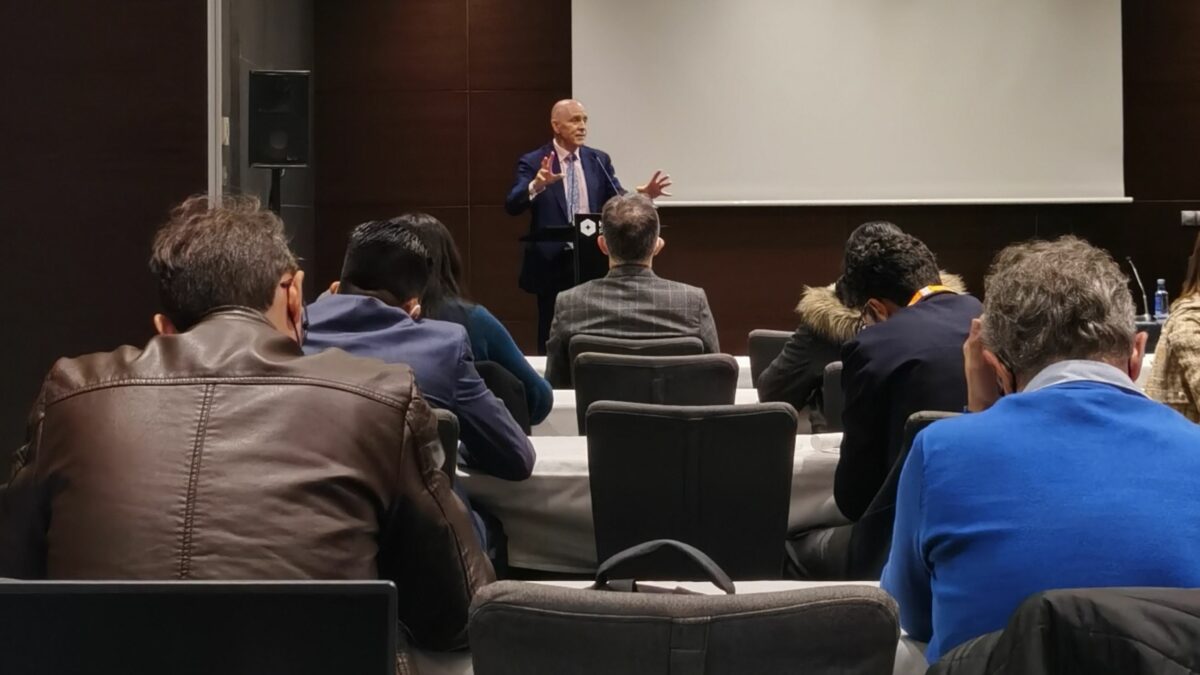 BARCELONA, March 1 – Latin America and the Caribbean has yet to close a gap in connectivity when it comes to telecommunications network, but the new generation of technologies like 5G, together with increasing penetration of smart phones and devices may mean greater chances of closing the connectivity gap, senior executives of Huawei said at the Mobile World Congress on Tuesday.

“The good news is that it will be much easier to boost this connectivity with 5G, which will provide of 100Mbps BW with no cabling or any complicated installations for the end user,” Guillermo Solomon, chief digital transformation officer of Huawei Latin America and the Caribbean, said at a roundtable with journalists from the region.

Guillermo said that there is work to be done in terms of broadband deployment and adoption in the region, as the about 21 percent of the workers in Latin America and the Caribbean can work from home during the pandemic, while in Europe and the United States this figure is more than 40 percent.

“Connectivity will play a really really important role in the way people live and businesses operate as the world emerges from the pandemic and social and economic activities begin to recover,” the Huawei executive said.

The number of mobile Internet subscribers around the world reached 4.2 billion people in 2021, and about 94 percent of the world population live in areas covered by mobile broadband networks, according to the Mobile Economy 2022 report released by the GSMA earlier this week.

However, the usage gap, defined as the population living within areas covered by mobile broadband networks but do not yet subscribe to mobile broadband services, stood at 3.2 billion people.

Affordability, relevance, knowledge, and skills are among the reasons for the gap, Paul said.

An important factor will be the 5G rollouts in large developing markets such as Brazil, Indonesia and India, which will further spur the mass production of affordable 5G devices and then lead to further increase in subscriber growth.

Vendors including Huawei and operators at the Mobile World Congress demonstrated scenarios of applications in various industries that show a futuristic world where high-speed telecom networks with low latency enable various intelligent operations in industries like mining, where human beings will be freed from the hazardous work.

It is estimated that about 50 percent of the global economic output by 2025 will be digitized in one way or another, industry executives have said.

The Mobile World Congress came back this year after a two-year hiatus due to the pandemic, with bustling crowds in the halls where exhibitors showcase technologies and solutions that are set to push digital transformation to the next level.

It is the consensus among experts in the industry Artificial intelligence, cloud and IoT are converging to drive the trend of digital transformation.

Online business presence increased during the COVID-19 crisis, with business websites growing 800% in Colombia and Mexico, and 360% in Brazil and Chile. Platforms were key to the rapid growth of e-commerce during the COVID-19 pandemic, and the more sophisticated new platforms will be the basis of the explosion of the new digital economy with the arrival of 5G, the expansion of Fiber Optic networks, the Cloud, Edge Computing, IoT, Robotics, advanced Video, and its Artificial Intelligence as the main driver, Guillermo said.

Paul said that it is important to invest in the infrastructure, design good policies and national blueprints and invest in the training in digital skills and knowledge.

Guillermo said that digital skills at various levels continue to be a challenge in the countries of Latin America and the Caribbean. Less than 40% of the population has basic computer skills, such as copying a file or sending an email with a file. For intermediate activities such as the use of basic arithmetic formulas in a spreadsheet or the creation of electronic presentations, the proportions are less than 30%.

The Huawei executive said that he sees encouraging signs that many of the countries in Latin America and the Caribbean are making efforts to design their national blueprints for the digital economy, and that countries like Chile, Brazil, Mexico, Colombia, Argentina and Uruguay, among others, are in the process of working on government-led policies and strategies to take advantage of the fast-developing artificial intelligence and robotics.

“Another good sign is that there is significant growth in the fin-tech market in Latin America and the Caribbean, although for now, Brazil, Mexico and Chile account for 79%,” he added.

Founded in 1987 in Shenzhen, the Chinese city known as the birthplace of its market reforms and opening-up and a top tech hub, Huawei has grown to be the leading global information and telecommunications infrastructure provider and a key partner and enabler of digital transformation in over 170 countries around the world.

The Impacts of COVID-19 on SETAR And Aruba