Venezuela’s state run telco Cantv has inaugurated a community access center in Chorobobo, Lara state, the company said in a statement.
The new facility has four computers with internet access. The center will benefit approximately 2,500 people in the area, the telco said.
***
Ecuadorian telecoms services supervisory body Supertel received a total of 25,469 complaints about the quality of telecoms service during the first five months of the year, the body said in a statement.
Complaints about fixed telephony services numbered 10,096 during the period, followed by complaints about internet services, at 9,090, and mobile telephony, at 6,216 complaints.
***
The Dominican Republic’s telecoms regulator Indotel has inaugurated an IT room at Profesor Juan Bosch metro station in Santo Domingo, Indotel said in a statement.
The facility has 24 terminals providing internet access.
The project was financed through the country’s telecommunications fund, the regulator said.

Drafting and publication of number portability rules in Jamaica is expected by July this year, state minister with responsibility for technology, Julian Robinson, was quoted as saying by local paper Jamaica Gleaner.
Meanwhile, procurement of the central database will be conducted from June to September, Robinson added.
Number portability, including testing activities for network readiness, is expected to be implemented between September this year and March 2014.
According to the rules published by the ministry of science, technology, energy and mining, each operator will bear its own costs associated with the implementation of the system.
In addition, “joint and common costs, including the recurring costs of a centralized database and/or centralized order handling system shall be shared among the operators.”
To foster competition, amendments to the Telecommunications Act in May 2012 mandated the introduction of infrastructure sharing and number portability (NP).

Spanish operator Telefónica’s (NYSE: TEF) target of reducing net debt to 47bn euros (US$61.1bn) by the end of 2013 is “likely to require further asset sales,” according to a report by ratings agency Fitch.
Telefónica has been undertaking a range of initiatives to reduce its level of net debt in recent quarters, reducing that figure to around 51.2bn euros at the end of Q1 from 57.1bn euros 12 months previously, according to results releases from the company.
These included an IPO of its German subsidiary at the end of October 2012, and a deal to sell off 40% of its assets in El Salvador, Nicaragua, Guatemala and Panama for US$500mn to Corporación Multi Inversiones (CMI).
These asset sales are a useful way of raising funds, and in some cases are laying the groundwork for potential debt issuance in more attractive subsidiary markets, according to Fitch.
Telefónica has been hit hard by macroeconomic difficulties in its domestic market. Spain is currently rated at BBB with a negative outlook, and further weakening of the sovereign will inevitably signal further economic deterioration, the ratings agency said.
Further downgrades of Spain would also be likely to have a direct impact on Telefónica’s cost of raising new debt.
While Telefónica’s asset sales have been effective measures for cutting its net debt, there is a limit to the relief that these actions provide to corporate ratings, Fitch added.
The cumulative effect of locally raised debt can increase structural subordination concerns, and dilutions in Telefónica’s ownership of certain subsidiaries may affect the impact that that subsidiary can have on the company’s corporate ratings.
If the operator were to sell a similar stake in its Brazilian or larger European businesses, this could prove counterproductive, especially if the subsidiaries are either debt free or more conservatively leveraged, the ratings agency said.
Rumors were rife towards the end of 2012 that Telefónica would conduct an IPO on its Latin American operation as part of plans to cut net debt.
However, reports in February of this year suggested that the company was planning to defer the Latin American IPO as a result of easing financial pressure.
The spotlight has subsequently fallen on Colombia. Telefónica executives said in a conference call with investors that the company is currently in talks with the government about ways to capitalize its business in the country in order to accelerate growth and increase liquidity.
Most recent press reports suggest that the Colombian government, which controls a 30% stake of Telefónica Colombia, is resisting plans by the operator to raise money in the country in the run up to the 4G auction set to take place on June 26.

Panama’s multi-service network allowed the government to save US$7.2mn in telecommunications expenses in 2012, local news source Panama America reported.
The savings allowed the government to invest in innovation and technology, including the acquisition of cloud computing solutions.
The Panamanian authority for government innovation, AIG, developed the multi-service network in 2011 to provide voice, data, internet and video services to all government institutions through a redundant network in order interconnect government procedures and reduce costs. 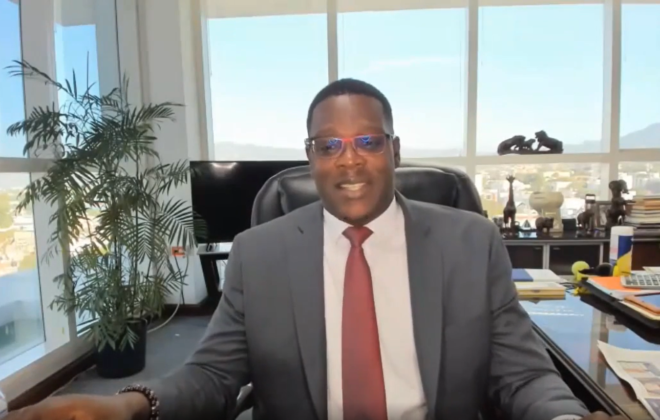