The government of Suriname is procuring smart energy meters as part of a program to improve sustainability of the country’s energy service.
The hired supplier will be requested to deliver smart meters for a period of four months. The international tender is being partially funded by a loan received from the Inter-American Development Bank (IDB).
Bids must be sent, together with a US$5K bid security, in sealed envelopes before 12pm local time on December 8 to the address shown below. Proposals will be opened five minutes later on that same day.
Interested companies may obtain further information or request an electronic copy of the bidding documents from the contact, the Program Executing Unit (PEU), by writing to idb.projects@ebs.sr.
N.V. Energiebedrijven Suriname
Attn.: Program Executing Unit (PEU)
Address: Noorderkerkstraat 2-14 (Head Office)
Telephone: +597 471045 Ext. 9266/ 9329
ICT tender: Barbados seeks servers for clean energy project – Barbados

The government of Barbados is looking for virtualization servers and related software and networking equipment.
The procurement is partially financed by a loan from the Inter-American Development Bank on behalf of the National Petroleum Corporation and the Barbados National Oil Company, for a cleaner fuels and renewable energies program.
The government invites interested companies to attend a pre bid conference on November 9, 10am local time at the address shown below. Bids must be sent in sealed envelopes by 3pm local time on December 6 to the same address.
Envelopes must be marked as “Loan 3843/OCBA: DEPLOYMENT OF CLEANER FUELS AND RENEWABLE ENERGIES IN BARBADOS ICB No. NPCPP1.1.2.1 BID 02 Purchase & Installation of Servers for Virtualization, Related Software and Networking Equipment”.
The proposals must come in English and be followed by four copies as well as an electronic copy.
Eligible bidders may obtain additional information by writing to Kim Best (kimbest@npc.com.bb) from The National Petroleum Corporation’s Project Execution Unit, with whom they can also purchase a set of tender documents upon payment of a US$100 fee.
The National Petroleum Corporation
Project Execution Unit, Wildey, St. Michael, Barbados.
Telephone : 1 (246) 430-4000 ext. 4072 or 1 (246) 230- 7078
Email: kimbest@npc.com.bb
AT&T joins Project Loon to provide connectivity in Puerto Rico – Puerto Rico

Tech giant Alphabet partnered with US telco AT&T to push forward the Project Loon initiative in Puerto Rico and provide connectivity using high-altitude helium balloons.
After telecom services fell in Puerto Rico due to the passing of Hurricane Maria, Alphabet had expressed intentions of providing connectivity in the island using its Project Loon balloons.
Alphabet had obtained authorization from the Federal Communications Commission to deploy the balloons but still needed a carrier to enable internet signal.
AT&T said in a press released that it has partnered with Alphabet to provide connectivity in Puerto Rico and the US Virgin Islands.
According to the telco, more than 60% of the population in Puerto Rico and 90% of the population in the US Virgin Islands is connected again. AT&T has deployed more than 17 portable network assets, including 14 temporary cell sites.
SES Networks and Liberty also joined Alphabet’s initiative by setting up essential ground infrastructure so that the balloons could get internet connectivity. For its part, Apple is issuing a cellular settings update that will allow iPhones to activate the currently unused Band 8 to access the Loon-based service.
Alphabet says this is the first time they have used their machine learning powered algorithms to keep balloons clustered over Puerto Rico.
América Móvil’s Q3 hit by Colombian ruling, natural disasters – Regional

Mexican telecom giant América Móvil reported losses of 9.54bn pesos (US$499mn) in the third quarter of this year, which CEO Daniel Hajj (pictured) attributed to a fine paid in Colombia and natural disasters in Mexico and Puerto Rico.
In Colombia, the operator paid the government a historic fine of US$1.07bn in August for failing to return installed networks and infrastructure as part of a decade-old agreement to provide mobile phone services in the country.
América Móvil finished the quarter with 29.2mn mobile subscriptions in Colombia, up 2.2% from a year prior. The postpaid segment went up 6% year-on-year, reaching 6.6mn subscribers. Fixed lines and broadband connections grew 12% and 9% y-o-y respectively in the period.
Hajj underscored that the telco freed up its networks for five days as an emergency response after the earthquake that shook Mexico on September 19. Although Hajj admitted losses were minimal, he said the telco did not obtain revenues from the affected Mexican states during those five days.
Puerto Rico, which was heavily impacted by Hurricane Maria, presents a more difficult scenario. According to Hajj, the lack of electric power in the island has forced América Móvil to use diesel to power generation plants to keep its networks running, thus incurring in additional expenses.
The CEO said it is difficult to estimate the amounts the company will have to invest to restore its operations in Puerto Rico and compensate subscribers for the lack of service. He underscored that the Puerto Rican market will not do well for at least two more quarters.
[GRAFICO:FIGURA:ID_5434_1508962120459]
MEXICO
Fixed line revenues have been flat this year, mainly due to a drop in long distance revenues. According to Hajj, this situation stems from the fact that international traffic from other operators has been falling.
New products and services in broadband and corporate services have offset falling revenue in the fixed segment, said Hajj.
As for the mobile market, the CEO said prices have been stable in the last six months in spite of aggressive competition. Nonetheless, Hajj does not expect promotions launched in December to lower prices considerably.
Hajj said the Red Compartida wholesale network, which should cover 92.2% of the Mexican population by 2024, will begin operations in March of next year.
The CEO added that Altán Redes, the consortium developing the project, is deploying networks where other operators already have infrastructure, as opposed to places without access to telecom services. Taking this into account, Hajj said he does not know what Altán’s commercial strategy will be like.
BRAZIL
According to Hajj, the Brazilian DTH market is declining, which has led América Móvil to cancel 165,000 DHT subscriptions to become more profitable.
Hajj said market share in broadband was ramping up in 3Q17, a segment in which the company sees many opportunities as penetration in still low in Brazil.
América Móvil will continue its three-year strategy for Brazil, which consist of focusing on the broadband and pay-TV markets and implementing more aggressive postpaid strategies for the mobile segment.
The company had 699,000 new postpaid additions in the period, ending the quarter with 60.2mn mobile subscribers. This makes Brazil América Móvil’s second largest mobile market, preceded by Mexico with 73mn.
Deep Sea Cable to extend to Colombia, Panama – Regional

Deep Blue Cable has announced plans to extend its network to Colombia, Panama and additional landing points. The subsea cable project is owned by Irish telecoms tycoon Dennis O’Brien and will better link the Caribbean to the US.
The Phase 1 additional landing points would require an extension to the project timeline. Route survey activities are now due to commence in Q1 2018, with manufacturing and installation continuing through 2018 and into 2019 and service slated for Q2 2020.
In the first phase the cable would run west from Naples, Florida, and go around Cuba before turning south and east towards the Caymans. However, there could be two possible spurs off the main cable onto Cuba.
In view of the recent hurricane season in the region, Deep Blue Cable is rethinking the design of the system to mitigate future environmental and connectivity concerns.
Dennis O’Brien, who owns Caribbean telco Digicel said in August that the cost of rollout could rise to US$450mn.
Eventually, Deep Blue hopes to make up to 40 landings.
The network will have up to 8 fiber pairs with an initial capacity of 6 Tbps and ultimate capacity of 20 Tbps per fiber pair.
Copyright 2017 Business News Americas
Visit the CANTO website 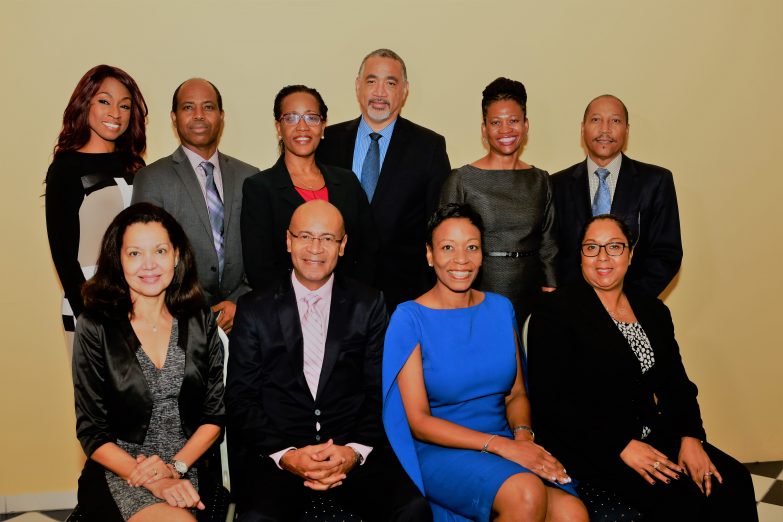