Amidst the buzz and hype of the popular annual Carnival festivities of Trinidad & Tobago, CANTO and Telecommunications Services of Trinidad & Tobago (TSTT) successfully co-hosted CANTO’s 29th Annual General Meeting (AGM) & Mini Expo at the Hyatt Regency Hotel. This year the event was held under the theme “Towards a smart Broadband Caribbean”, from the 4th -7th February, 2013.  The four day event focused on the AGM proceedings of CANTO and launch of the CANTO/IDB Broadband Infrastructure Inventory & Public Awareness in the Caribbean (BIIPAC) project.

The Speakers addressed the delegates on the theme and urged all to focus their attention on driving the knowledgeability, infrastructure and regulatory framework required for a ubiquitous broadband society to foster economic development in the Caribbean.

The 29th AGM saw the approval of the Secretariat Report of 2012 including the following eight (8) areas of   concentration for the 2013 financial year:

The second Mini Expo featured a few major ICT suppliers who offered in-depth information on the latest developments in voice, data, and image, e-Content and multimedia.

On the heels of the AGM was the launch of the CANTO/IDB BIIPAC project, which aims to support the design of national broadband strategies in the Caribbean and to identify the regional aspects that need to be incorporated into these strategies to support the Caribbean region as it evolves towards universality in broadband access and service, regardless of the location (ubiquity) or the social strata (equity). The participating countries are the Dominican Republic, Trinidad and Tobago, Belize, Haiti, Jamaica, Barbados, Suriname and Guyana, and the timeframe is 18-24 months.

The many governmental representatives, operators, regional organizations, regulators, suppliers, universities and other stakeholders present, got very involved in shaping the scope of the project and its proposed governance. The IDB also presented on the nature of its broadband work in the region, indicating the Bank’s willingness to partner further with the region for development initiatives. The meeting closed with commitment from the attendants to work together towards accelerating the penetration rate and usage of broadband services for the socio-economic development of the region.
For more information visit Http://Www.Canto.Org/Agm/Index.Php/Agmdoccanto-Idb-Broadband-Project 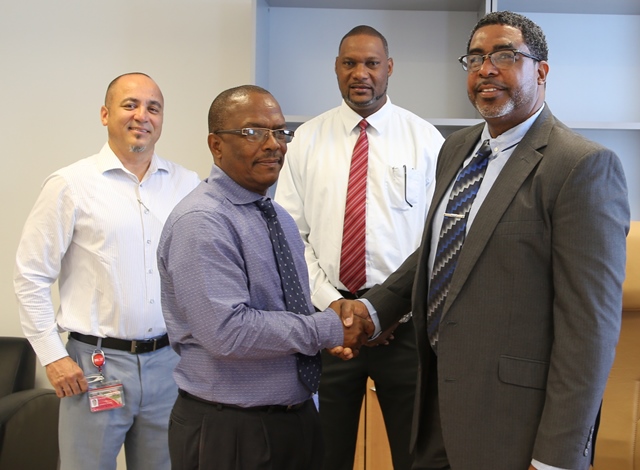