Growth of 5% in mobile revenue in Panama and an increase in mobile subscribers was the main message to come from Cable & Wireless Communications’ third quarter interim earnings statement for the 2012-13 fiscal year.

Meanwhile, the company said that its plans to sell off its Monaco & Islands and Macau businesses, and to concentrate on its Pan American operations were on track.

C&WC, whose Pan-American business consists of Cable & Wireless Panama (C&WP) and operations on 13 Caribbean islands which go under the brand LIME, said that at the end of its third quarter, ended December 31, 2012, its Caribbean mobile subscribers reached 1.62mn, up 1.8% from the end of September 2012, and up 12% from 1.45mn at the end of December 2011.

The company reiterated during a conference call with investors the importance of the decision last July by Jamaica’s Office of Utility Regulation (OUR) to reduce the mobile termination rates of its competitor Digicel.

“In Jamaica we continue to see an excellent response to the launch of competitive mobile packages and have increased our mobile subscriber base by over 40% compared to the same point last year,” C&WC said in a statement.

Broadband subscribers remained flat year-on-year at 223,000, though Arpu rose to US$42.30 from US$41.50 a year ago driven by smartphone adoption.

C&WC said that the Caribbean economy remained “difficult, particularly in the Eastern Caribbean and Barbados.”

In Panama, where C&WC jointly controls C&WP with the government, the number of mobile subscribers fell 25% year-on-year to 1.74mn.

C&WC attributed the decline to the introduction of mobile number portability last year as well as an active strategy to focus on higher value customers.

Evidence of that was a 5% growth in mobile service revenue as an increasing number of customers move to data plans.
PAN AMERICAN STRATEGY

Over the last two months C&WC has agreed to sell off both its Macau and Monaco & Islands businesses in order to focus on the Caribbean and Panama.

In that vein, the company has accelerated investments designed to reduce costs and improve services for customers.
These include deploying fiber in Barbados and the Cayman Islands in order to provide high speed internet and TV.

In April last year C&WC launched IPTV in Barbados. It also announced in December that it has joined a consortium to build a new submarine cable in the Caribbean, Central and South America.

C&WC also said customer focused efficiency investments in the Caribbean (excluding the Bahamas) would increase restructuring costs by around US$20mn to a total of US$55mn.

These investments are designed to improve the efficiency and flexibility of the business and drive cost savings in the future, the company said.

Full year results for the period ending March 31 are expected on May 22.

Communications’ (C&WC) chief executive Tony Rice will fill the post for the meantime, according to a company release.

Shaw will remain with LIME for the next six months to oversee the transition.

C&WC recently announced its intention to focus on the Caribbean and Central America region, after agreeing to sell its Macau and Monaco & Islands operations.

In a separate release, the company said that the Caribbean economy remained “difficult, particularly in the Eastern Caribbean and Barbados.”

The Dominican Republic has moved closer to joining the growing list of Latin American countries selling bonds on international markets.

The senate approved a bill that authorizes the finance ministry to issue US$1bn in bonds overseas. The measure was almost immediately signed into law by President Danilo Medina, whose government had sent the bill to congress.

The proceeds will be used to finance the country’s budget deficit, the senate said in a statement announcing the approval of the bill.

This year and 2012 have seen a flurry of international bond issues from Latin American countries – and other emerging markets – that are taking advantage of huge investor demand, which in turn allows them to sell bonds at a very low cost.

Investors across the globe now have a truly voracious appetite for emerging market bonds due to the near-zero policy rates they are faced with in developed nations.

Following the spree of bond issues from emerging economies, the Bank of International Settlements (BIS) warned late last year that once again investors face a lack of alternatives.

Puerto Rican mobile operator Open Mobile has denied rumors that the company is to be bought out by Verizon (NYSE: VZ), Caribbean Business reported.

“There is no basis or merit for such rumors,” said chief marketing officer Felipe Izquierdo in response to rumors that surfaced on Tuesday on an internet website that the publication did not name. The reports prompted Open Mobile executives to hold a conference call afterwards with majority owners Columbia Partners and M/C Partners to deny the rumors.

Izquierdo said that the recent spate of acquisitions and near-acquisitions in the telecom industry – such as T-Mobile’s ongoing merger process with MetroPCS, AT&T’s failed bid to buy T-Mobile, and Softbank’s intention to buy 70% of Sprint/Nextel – may have prompted the rumors.

Last May Open Mobile announced a roaming agreement with Verizon to open up Open’s data and voice networks in Puerto Rico to Verizon’s 109mn customers. Open Mobile customers that travel to the US that have US$49 and upwards data plans and iPhone 4S plans will have automatic data roaming with Verizon.

On Monday, Open Mobile introduced a new management team and reaffirmed its commitment to offering services without contracts and to expanding capacity through its LTE 4G network.

Izquierdo told Caribbean Business that Open Mobile is spending US$100mn on infrastructure, of which US$2mn will go to stores and another US$2mn on an advertising campaign.

Jamaica’s Prime Minister Portia Simpson Miller announced on Monday (Feb 11) in a televised speech the launch of a new debt exchange on Tuesday as part of a national effort to avoid a “dismal future” for the Caribbean nation.

The country’s debt has spiraled to over 140% of GDP and approximately 55 cents of every dollar in the government budget is spent on debt payments. Another 25 cents goes to paying public sector wages, leaving only 20 cents for other expenditures, said the country’s finance planning and public service minister Peter Phillips.

Simpson Miller said that the current level of debt makes it virtually impossible for Jamaica to grow and invest in services like education, health care and infrastructure.

The Jamaican economy is estimated by the IMF to have expanded by only 0.9% last year and the forecast for this year is GDP growth of a mere 1%.

“There can be no doubt at this time that we are in the throes of a serious economic crisis. It is going to take hard work, discipline and sacrifice to overcome,” she noted, while calling on the entire nation to support the government’s new efforts to turn the economy around.

The prime minister pointed out that a new debt exchange to reduce the country’s debt is a crucial part of a new financing agreement that Jamaica is close to securing with the IMF. Phillips said that the objective is to reduce the debt ratio to around 95% of GDP over the next seven years.

THE NEW DEBT EXCHANGE
In 2010, the country implemented a similar program called the Jamaica Debt Exchange (JDX), which recorded an investor participation rate of 99.2%.

Phillips said he understands that investors might feel disappointed to once again be asked to participate in a debt exchange, but he noted that the high level of debt leaves the country with “no option.”

Under the National Debt Exchange Offer, investors will not be forced to accept a haircut on their investment, but they will be asked to exchange higher interest debt for lower cost debt through new bonds that will carry lower interest rates and longer maturities. These bonds are expected to be issued later this month.

The minister said that the exchange would entail “significant sacrifices” and be “painful” for the country’s financial institutions and holders of domestic debt.

The new debt exchange aims to reduce the country’s debt to GDP ratio by 8.5% annually between now and 2020, he said.
Ratings agency Standard and Poor’s said on Tuesday that it views the debt exchange as a default since investors will end up getting less than they were originally promised when buying the government bonds.

The agreement that is being negotiated with the IMF also includes public sector and tax reform as well as several reforms and initiatives aimed at boosting economic growth and job creation. 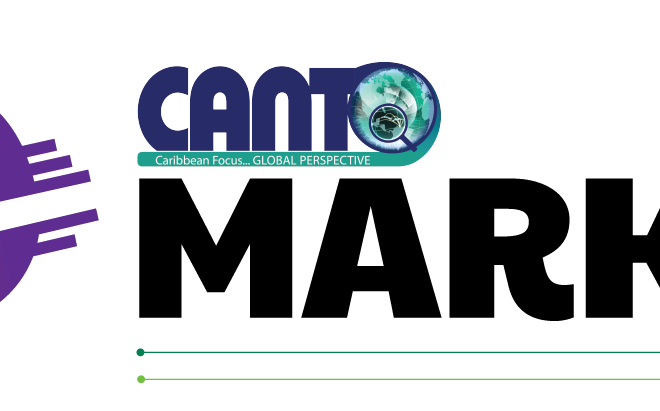