Caribbean Roundup: Jamaican MVNOs, St. Lucia broadband, Indotel – Regional
Jamaica wants to add up to 12 mobile virtual network operators (MVNO) to its mobile market, to increase the level of competition and options for consumers.
The country’s Office of Utility Regulations (OUR) is planning to auction 12 new concessions aimed at MVNOs, as reported by the Jamaica Gleaner. This will be the second time the regulator has tried to add MVNOs to the market after a failed attempt in 2007.
OUR also has the intention of drafting a regulatory framework for MVNOs, as outlined in its corporate plan for 2015-2018.
***
St. Lucia’s government wants to increase broadband access for the country’s schools, as part of its education program which includes providing every student with a laptop.
Education minister Robert Lewis said that the ministry’s five-year plan includes an US$1.1mn investment to bring internet to every school.
“We need increased broadband and Wi-Fi access at our schools with so many students having laptops,” he told St. Lucia News. “We also need more teachers to be trained in the new technology.”
Over US$130,000 is allocated in this year’s budget for teacher training in Information and Communications Technology.
***
Dominican telecom regulator Indotel has expressed its commitment to create a national internet governance plan in the country.
Gedeón Santos, president of the regulator, was quoted by Almomento.net as saying that the first step will be to open the way for public consultation to define a rights and principles charter to make the internet a right for every Dominican.

Puerto Rico, Brazil outstrip peer growth in fixed line penetration – Regional
Puerto Rico and Brazil put several peer nations to shame by recording much higher growth in fixed lines during the year ending 1Q15, according to statistics gathered by BNamericas.
Of eight Latin American nations that have published 1Q15 figures, all showed fixed line growth since 1Q14, possibly as a result of families subscribing to fixed broadband services with telephony included. However, in the case of Brazil, fixed broadband additions during 2014 were much fewer than fixed telephony activations.
[GRAFICO:FIGURA:ID_786]
Puerto Rico’s efforts led to a 6.6-point increase in fixed line penetration, reaching 24.2%, and in Brazil the variable rose three points to 23%. Argentina, Chile, Colombia, Ecuador, Venezuela and the Dominican Republic saw penetration increases of 1.1 points on average.
However, while Brazil’s improvement required the addition of some 6.5mn lines (ending the period with 44.96mn active lines), Puerto Rico only needed to add 165,000 lines to achieve the increased penetration (now with a total of 815,000 active lines).
The increases allowed Puerto Rico to take second place in terms of penetration out of these eight countries, having occupied fourth place a year earlier and forcing Chile down to fifth place from third last year. Brazil retains fourth place in the list.
Venezuela retains first place with 26.7% penetration, up from 25.5% in 1Q14.

Data to reach 40% of LatAm mobile revenues by year-end – Regional
Data services will account for 40% of all mobile revenues in Latin America by the end of this year, nearly double that in 2011, while LTE connections are expected to reach 4.2% of the region’s lines.
The forecasts from consultancy Pyramid Research’s latest Mobile Data Forecast underpin the strong voice-to-data transition which the region is going through on the heels of the increase in smartphone penetration and expansion of 4G LTE.
“Mobile data is quickly becoming the cornerstone of the mobile operators’ business,” said senior analyst Guillermo Hurtado.
This year, voice will still represent 60% of the region’s total mobile service revenue, estimated at US$80.3bn. However, cuts in regulatory interconnection rates and increasing OTT competition, now entering the voice niche, will put pressure on operators’ voice business.
As a result, while mobile data revenue in Latin America is seen growing at a 10% CAGR between 2015 and 2020, accounting for over 60% of the region’s total mobile service revenue within five years, voice is expected to decrease at a CAGR of 6.5% in the same period, taking it to 40% of revenues by 2020.
Overall, mobile subscriptions in Latin America will increase by 3.3% to 757mn in 2015, accounting for 10% of the world’s total and 122% penetration across the region.
By 2020 Pyramid expects mobile subscriptions to top 885mn in Latin America, for a CAGR of 3.2% – making the region the fourth fastest-growing in the world behind EMEA (5.9%), APAC (5.3%) and North America (3.4%).
LatAm growth is expected to be driven principally by the connection of underserved and remote regions, MVNO-driven competition, and by internet-of-things (IoT) and machine-to-machine (M2M) expansion.
Echoing GSMA, Pyramid also sees unsatisfactory 4G LTE growth. Last year, this technology accounted for 1.9% of total mobile lines. 2G-3G migration, pricy smartphones and slow spectrum auctions are to blame, the consultancy said.
“Some regulators in the region have been particularly slow in auctioning and making spectrum available for LTE, and the premium price tag on LTE-capable smartphones remains a key barrier to LTE adoption,” Hurtado said.
3G outstripped 2G in Brazil last September, but in Mexico, more than half of the lines are still 2G.
Pyramid Research expects 62% of the region’s mobile subscriptions to be on 3G networks by year-end.

Appointment roundup: Wacom, Lenovo, Mercadolibre – Brazil, Regional
Wacom, a Japanese manufacturer of pen tablets, interactive pen displays and digital interface solutions, has appointed Adobe veteran Marta Clark as sales VP for Latin America and the Caribbean.
Clark will supervise all aspects of the brand related to the creative and consumer areas and strengthen channel distribution.
Clark held multiple positions at Adobe over 17 years, most recently being Latin America VP.
***
PC maker Lenovo has appointed Sergio Friedheim as its new director of marketing and trade for Brazil.
Friedheim has a long track record in multinationals, having worked for Motorola, LG, Brazilian footwear giant Alpargatas and Unilever.
The executive is a graduate in business administration from the São Paulo university (USP).
According to IDC’s latest PC tracker, Lenovo was the leading PC vendor in 2Q15 in terms of market share (20.3%).
***
Leandro Soares, marketplace director for Latin American e-commerce site Mercadolibre, has been appointed as coordinator of the online retail committee of the Brazilian electronic chamber of commerce (camara-e.net).
Soares will replace Elisabeth Andreoli.
The unit will debate issues such a the marco civil internet law, online special offers and the migration from offline to online.
Soares will also address online payment methods and training of micro and small startups in online sales strategy.
Online sales still represent only 4% of total retail sales in Brazil, but are growing at 20% per year, Soares said.
Camara-e.net members include: B2W (Americanas.com, Shoptime and Submarino), CNova.com (Casas Bahia, Extra and Ponto Frio), eFácil, Livraria Cultura, Magazine Luiza, Marisa, MercadoLivre, Netshoes, Saraiva, Tok&Stok and Walmart. 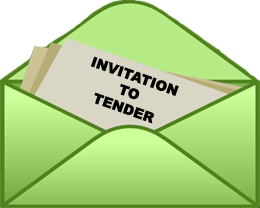 Invitation to Tender for Mobile Telecommunications Infrastructure in Suriname