With a fresh US$1bn, BlackBerry cancels plan to sell off company – Regional

The remaining 12% will remain in the hands of existing stockholders as long as the deal is approved by the Dominican telecommunications regulator (INDOTEL).

Since April 2010, Tricom has been owned by Hispaniola Telecom Holdings which is in turn controlled by Amzak Capital Management and Inversiones Bahía.

Since the acquisition, the company has invested in modernizing the network to state-of-the-art triple play and 4G mobile technology. Tricom plans to capitalize on these upgrades with a deep focus on the company’s mobile offerings.

“The acquisition of Tricom is an important step in the implementation of our stated growth strategy of identifying attractive opportunities in markets where we can create value, Altice’s CEO Dexter Goei said. “Altice is already present in the region with Outremer Telecom and Le Cable which offer quadruple-play services in French overseas territories. The combination of these assets will allow us to create sustainable growth and further optimize the efficiency of our international telecom infrastructure.”

Tricom currently provides telecommunication and cable services to more than 800,000 customers in the Dominican Republic.

Cable and Wireless Communications (C&WC) saw total revenues fall by 3% to US$935mn the six months to September 30, as growth in Panama was offset by declines in the Caribbean and Monaco, according to a results release by the company.

The company saw its Panamanian operational revenues grow by 3% to US$295mn in the first half of its 2013-14 fiscal year ending in March, as growth in mobile, broadband, TV and enterprise services offset declines in fixed voice.

Meanwhile, the Caribbean region saw revenues fall by 6% to US$521mn as slight growth in mobile revenues was not enough to offset declines in broadband, TV, fixed voice and enterprise services.

The company also saw revenue declines of 3% to US$120mn in its Monaco operation for the period.

C&WC announced at the end of last year that it was to sell the majority of its Monaco & Islands division to Batelco Group as it aimed to focus on its operations in the Caribbean and Panama.

The sale of the islands division has largely been completed, but the company has agreed to unwind its agreement to sell the Monaco unit, and is currently reviewing its options for the business in the principality, according to the release.

The operator is now aiming to grow its operations in Latin America both organically and through acquisitions.

C&WC also saw strongly growing demand for mobile broadband, with mobile data revenue up 29% in the quarter, the release added.

The operator saw subscriber growth across key markets, with mobile subscriber numbers up 8.3% in Panama and 1.8% in the Caribbean.

The company has invested significantly in mobile data networks, and expects capex to reach around US$300mn this year, according to the release.

As well as its investments in HSPA+ networks, the company is also set to launch LTE in the Cayman Islands and the Bahamas before the end of this year, and recently obtained license extensions for key spectrum in Panama.

C&WC still has some investments to make on high speed mobile data, but sees fiber optic networks as a key new investment area to drive growth in the broadband and pay TV segments and support the operator’s multiplay offering, CEO Tony Rice said.

The company’s net profit before exceptional items was up by 26% to US$63mn, while net profit from continuing operations was down by 69% to US$8mn, according to the release.

US customer management solutions provider Amdocs (NYSE: DOX) sees strong growth opportunities for the company in Latin America and Asia for fiscal years 2014 and 2015, president and CEO Eli Gelman said in a conference call with investors.

“In the emerging markets, the progression of highly complex transformation projects drove double-digit growth for the year with strong finish in the fourth quarter,” he said.

“We further solidified our strategic position in fiscal 2013 by expanding our reach with new and existing customers in Latin America and Southeast Asia,” Gelman added.

Revenue for fiscal Q4, ended September 30, was US$845mn, up 2.8% compared to the year-ago period, Amdocs said in its earnings statement.

The company’s net income for the quarter was US$89mn, compared to US$98mn in the year-ago quarter.

“Turning to fiscal year 2014, we expect to deliver total revenue growth of 4-8%, which includes an organic growth outlook of roughly 2-5%,” he said.

With a fresh US$1bn, BlackBerry cancels plan to sell off company – Regional

Canadian smartphone manufacturer BlackBerry’s (Nasdaq: BBRY) majority shareholder Fairfax Financial and other institutional investors will invest in the company via a US$1bn private placement of convertible debentures, BlackBerry said in a statement.

With this capital injection, BlackBerry will no longer look to sell off the company or seek other strategic alternatives. The transaction is expected to be completed within the next two weeks, the Canadian company said.

The unsecured subordinated debentures are convertible into common BlackBerry shares at US$10 per common share.

Upon the closing of the transaction, John Chen will be appointed executive chair of BlackBerry’s board of directors, the firm added. Thorsten Heins is to step down as CEO and Chen will serve as interim chief executive while the company carries out a search for a new CEO.

“Today’s announcement represents a significant vote of confidence in BlackBerry and its future by this group of preeminent, long-term investors,” said BlackBerry chair Barbara Stymiest. “The BlackBerry board conducted a thorough review of strategic alternatives and pursued the course of action that it concluded is in the best interests of BlackBerry and its constituents, including its shareholders.”

John Chen is an enterprise software veteran and former CEO of Sybase. His appointment as BlackBerry’s chairman and interim CEO “suggests that Fairfax and others see the company’s future in software rather than devices,” according to Jan Dawson, chief telecom analyst at consultancy Ovum. “This makes sense in light of BlackBerry’s sputtering device shipments over the past few months, but it’s still not clear where that growth will come from.”

“Fairfax’s investment will buy the company some time, which it badly needs, but the company needs a new strategy more than ever,” he added. “If Fairfax had taken the company private, it could have kept that strategy to itself. But with BlackBerry remaining a public company, Chen and Fairfax chairman and CEO Prem Watsa need to start communicating that new strategy very soon to inspire confidence in a turnaround.”

During October, BlackBerry had talks with Cisco (Nasdaq: CSCO), Google (Nasdaq: GOOG) and SAP (NYSE: SAP) about selling them all or parts of its business, according to previous reports. Other interested parties reportedly included Intel (Nasdaq: INTL) and South Korean companies LG and Samsung.

BlackBerry had formed a special committee to explore strategic alternatives for a sale in September.

Costa Rica’s administrative court has rejected an injunction filed by Spanish telecommunications operator Telefónica that would have blocked the Costa Rican Institute of Electricity (ICE) from selling mobile 4G services.

Telefónica, which operates as Movistar in Costa Rica, brought the complaint against ICE on the grounds that the company did not have the legal backing to use the 2.6GHz bandwidth to operate the 4G network.

ICE contested that their authorization certificate has allowed the use of bandwidth between 2,500MHz and 2,690MHz for mobile services since 1998.

“The ICE can now put the benefits of 4G mobile services at the disposition of all Costa Ricans,” the operator said in a press release. “This will allow access to wide mobile bandwidth at higher speeds.”

Mobile internet services have grown at exponential rates in the country, nearly tripling from 2011 to 2012, according to Sutel.

ICE’s monopoly on mobile communications has decreased since liberal market reforms in 2008 – especially in the mobile internet market, where it now only holds a 42% share compared with América Móvil’s Claro and Movistar’s respective 33% and 22% shares.

Belize Does it Again! 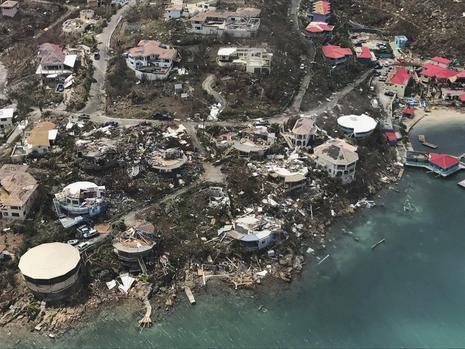