According to the Jamaica Observer, Involution was founded in 2017 by tech entrepreneurs Brandon Leigh, Conrad Leigh, Phumlani Moholi, and Gustav Schoeman, who also operate Rain, a new LTE-only operator in South Africa.

Involution was founded as a subsidiary to pursue international opportunities including M&As of data-focused, mobile network operators.

Caricel, part of Symbiote Investments Limited, is currently embroiled in a legal battle in Jamaican courts over its spectrum license, which it received in 2016 allowing it to deploy 4G services, but which it could lose.

The feud goes back to a report from the Office of the Contractor General (OCG), which showed irregularities in Symbiote’s board of directors. In addition, the telco allegedly used the 700MHz band for testing purposes without authorization.

Caricel has invested around US$50mn to date in an LTE-only network within Kingston metropolitan area and has earmarked a further US$50mn for expansion over the next three years.

Caricel has told the Jamaica Observer the company plans to continue to offer LTE services, despite the ongoing investigation.

Rodrigo de Loredo, president of state-owned telco Arsat, will resign from his post following the publication on January 31 of decree 93/2018, which aims to eradicate nepotism in the government. The decree prohibits appointments in the public sector of direct relatives of government ministers.

Meanwhile, sales of notebooks in Argentina rose 55% in 2017, driven higher by the elimination of a 35% import duty on PCs, laptops and tablets in April.

Costa Rica’s comptroller general approved the contracts signed by the executive branch with telcos Claro (América Móvil) and Telefónica for the use of spectrum in the 1800MHz and 1.9-2.1GHz bands.

The operators have 15 working days to complete their concession payments, which total a combined US$43mn to be managed by telecoms fund Fonatel.

The telco will invest 6.6bn pesos in infrastructure and network upgrades, which include adding 1,400 LTE 4G base stations to its fleet. The operator will also expand its triple-play service offer as a way to bridge the country’s digital gap.

Colombian ICT ministry Mintic said the country’s public Wi-Fi zones will continue operating for free throughout the rest of the year.

Digicel Panama has been awarded 2×10MHz blocks of 700MHz spectrum in the 738MHz-748MHz/793MHz-803MHz bands by Panama’s public services regulator ASEP.

Although Mexico has some initiatives to bridge the digital gap, the country still needs schemes to promote private participation in this endeavor, América Móvil’s general counsel Alejandro Cantú told BNamericas.

Luxembourg-based telecoms company Millicom bounced back to profitability in Q4, buoyed by a recovery of its Latin American operations, where there is a strong focus on investments to migrate customers from voice to data networks.

Brazilian telco Oi said it “does not recognize the legality and the effects” of a meeting held Wednesday by a group of activist shareholders in Rio de Janeiro.

Complaints about telecom services in Peru are surpassing the authorities’ ability to process them, said telecom watchdog Osiptel.

Liberty Latin America extended its net loss in 4Q17 on the impact of the hurricane season in the Caribbean, which was partially offset by strong operating income from the Chile operations.

In its first income statement as a separate company following its spin-off in December from Liberty Global, Liberty Latin America posted a net loss of US$401mn compared to US$107mn in Q416.

Chile’s cable operator VTR was the only bright spot with a 10% increase in revenues to US$250.3mn.

C&W’s revenues declined 3% in Q4, impacted by a new competitor in the Bahamas and lower fixed-line revenue in Caribbean markets. The revenue decline was due to the impact of the hurricanes, lower carrier revenue in Jamaica, and lower B2B revenue in Panama. This was offset by strong mobile growth in Jamaica, higher penetration of high-speed fixed services in Panama and Jamaica, and growth in the wholesale capacity business.

CWC added 30,000 revenue generating units (RGUs) in the quarter, including 21,000 broadband and 6,000 fixed telephony. Mobile subscribers declined by 42,000, as 23,000 additions in Jamaica were offset by a loss of 61,000 in Panama where the company is focusing on higher Arpu clients.

Chile’s VTR saw a 10% increase in revenues to US$250mn, with boosts in revenue and subscribers for residential cable and mobile services.

While the fixed-line voice base declined, the company saw 17,000 new broadband subscribers, helped by increases in basic speeds over the last year, and 9,000 new mobile subscribers.

Liberty Puerto Rico saw an 84% decline in revenue and a 65,000 decline in its subscriber base in Q4 due to the effects of the hurricanes.

The company said it expects the fallout from Hurricane María to have an adverse impact on financial performance in 2018 due to infrastructure rebuild. As of February 8, some 450,000 RGUs had been reconnected.

In BNamericas’ recent Operator Series on Liberty Latin America, analysts concluded that despite the impact of the hurricanes, the financials of the newly spun-off company are essentially sound.

The company announced this week that it has reached an agreement to acquire 80% of Costa Rican cable company Cabletica.

“Our recently announced acquisition in Costa Rica is a clear example of the high quality assets available in the region and the potential for us to add value through the application of our operating model,” CEO Balan Nair said in a statement.

The Dominican Republic’s telecoms regulator Indotel has signed an agreement with the Santo Domingo chamber of commerce (CRC) to improve conflict resolution in the telecoms sector.

The agreement entails the sharing of technical expertise as well as training of Indotel staff in areas such as arbitration, settlement, negotiation and mediation.

Indotel head José del Castillo Saviñón said that the watchdog has resolved some 250,000 cases through the use of law 153-98.

Costa Rican state-owned telco ICE claims to have 60% of the country’s mobile market.

The operator’s Kölbi mobile unit has reached 4.2mn subscribers, up from 3.6mn subscribers recorded in 2011, when the private carriers began operating in the country, according to the telco’s marketing team.

Data from telecom regulator Sutel indicates that ICE had 52% of the mobile market in the first half of last year, followed by Spanish operator Telefónica 25% and América Móvil‘s Claro unit (22%).

ICE underscored that it is one of the few state-run Latin American telcos, alongside Uruguay’s Antel, that still holds a majority share in markets that have been opened up to private players.

The operator added that it reduced its churn rate in 50% in the second quarter of last year.

The ICE recently kickstarted its 4.5G network, the first of its kind in Central America. 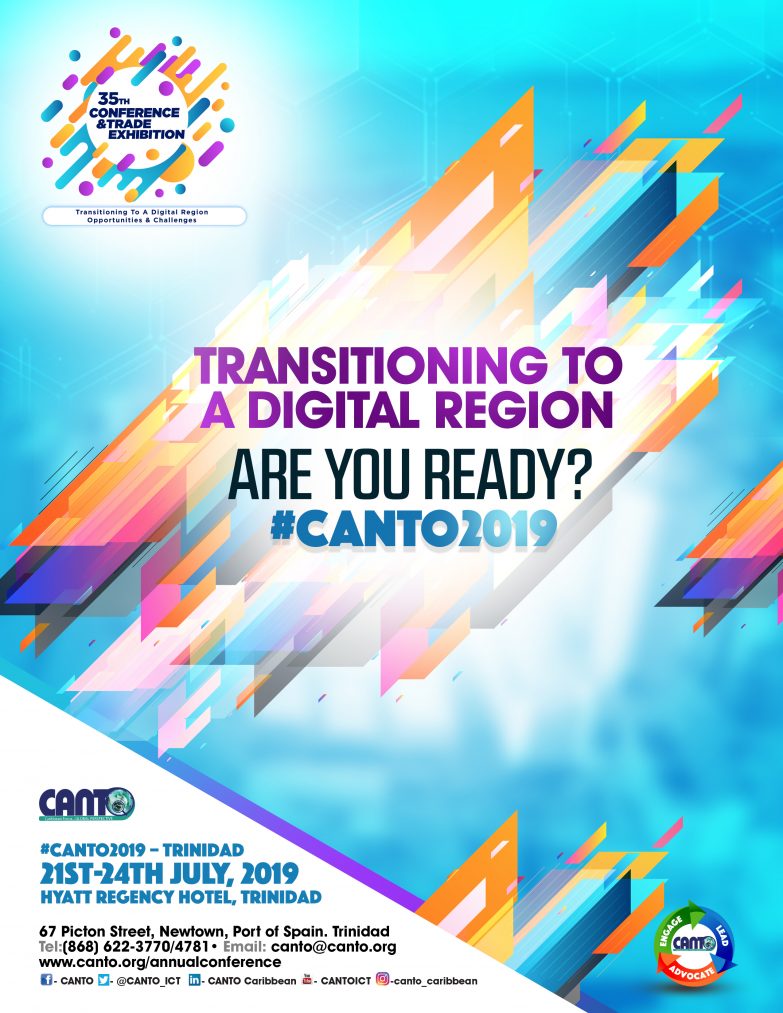 CANTO 2019 – Advancing to a Digital Region